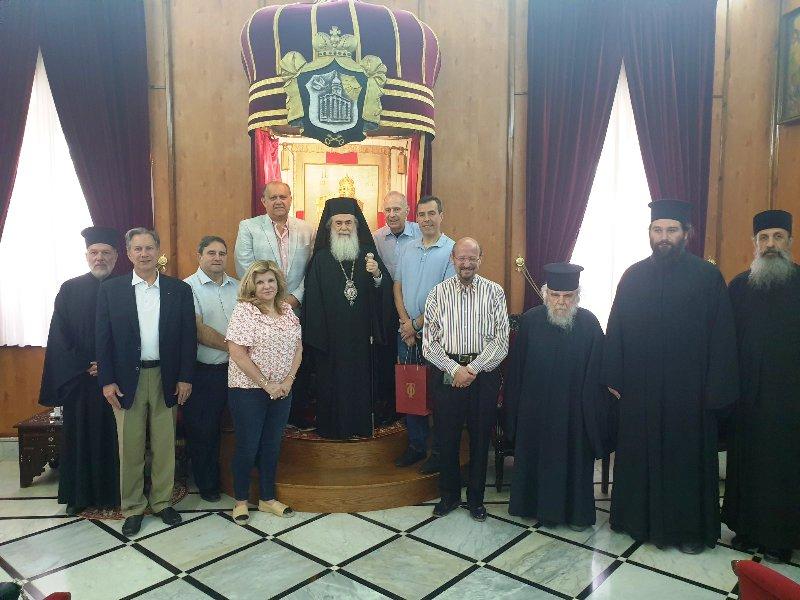 A GREEK GROUP FROM AMERICA VISITS THE PATRIARCHATE

The group was received by H.H.B. our Father and Patriarch of Jerusalem Theophilos and spoke to them about Jerusalem as the centre of the world, due to Golgotha and the Holy Sepulchre and about the Patriarchate, as the incarnation of the Sacred History of the Holy Bible, the Old and the New Testament.

Moreover, His Beatitude spoke about the pressure against the Patriarchate by extreme elements as it is a Christian institution that preaches the Cross and the Resurrection of Christ. Despite these adverse conditions, the Patriarchate carries out its pastoral, pacifying and conciliatory mission in modesty, truth and power.

Hearing His Beatitude’s words, the pilgrims from America expressed their faith and asked His blessing to venerate the Holy Sepulchre, promising their contribution from America in solving the Patriarchate’s problems.

They offered His Beatitude the emblem of AHEPA and of the AMERICAN HELLENIC INSTITUTION.