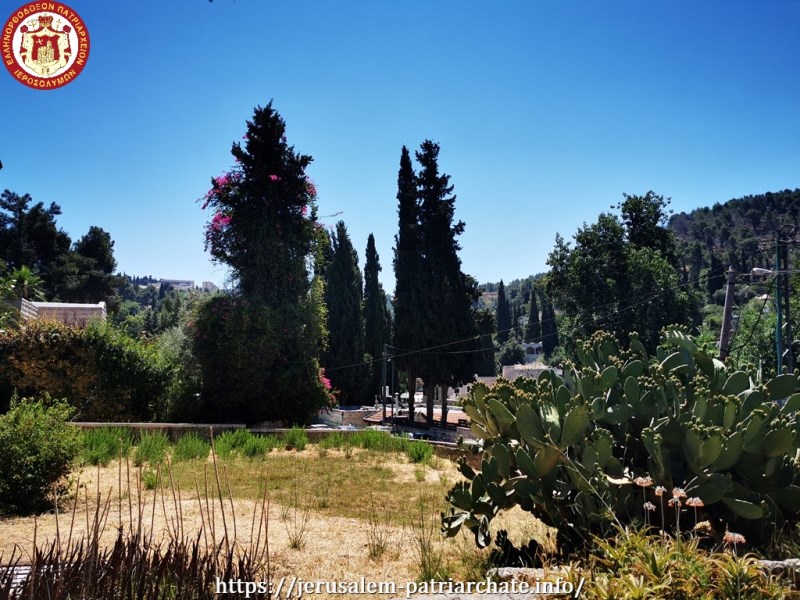 On Wednesday, 24 June/ 7 July 2021, the Patriarchate celebrated the feast of the Nativity of Saint John the Forerunner and Baptist.

On this feast, the Church commemorates the event testified by Saint Luke the Evangelist (ch. 1), that Saint John the Forerunner is the fruit of Elizabeth’s womb, who was barren until then, and of Zacharias, as it was revealed to him “while he held the Priest’s office in the Temple”. John’s father Zacharias prophesied about him, when “is mouth was opened” and he said: “For he shall be great in the sight of the Lord, and shall drink neither wine nor strong drink; and he shall be filled with the Holy Ghost, even from his mother’s womb. And many of the children of Israel shall he turn to the Lord their God. And he shall go before him in the spirit and power of Elias, to turn the hearts of the fathers to the children, and the disobedient to the wisdom of the just; to make ready a people prepared for the Lord” (Luke 1:15-17).

This event was celebrated by the Patriarchate at the place of Saint John’s Nativity, in Ain Karem of Judea, where “Mary arose in those days, and went into the hill country with haste”; in this place, there is also a Holy Church of the Nativity of Saint John since the days of the Patriarch of Jerusalem Cyril II (1864).

Vespers was held on Tuesday afternoon, and the Divine Liturgy on Wednesday morning was officiated by His Eminence Archbishop Theophanes of Gerassa, with the co-celebration of Archimandrites Ignatios and Isidoros, Priest Yousef, the ministering Priest of the Russian-speaking flock, Fr Nickolai Koulinsky and Archdeacon Mark. The chanting was delivered by Nuns Danielia and Xeni with the help of Archimandrite Eusevios and the service was attended by Monks and Nuns from Jerusalem and the Greek-speaking and Russian-speaking flock of the Patriarchate.

Before the Holy Communion, the Archbishop delivered a Sermon, stressing that as the Apolytikion of the feast reads, “the release of the mother’s bareness and the father’s long silence are the signs of the Forerunner’s nativity, with which the Incarnation of the Son of God is preached unto the whole world”.

After the Divine Liturgy, the good keeper of the Monastery Monk Chariton hosted a reception for the Episcopal Entourage and the congregation.