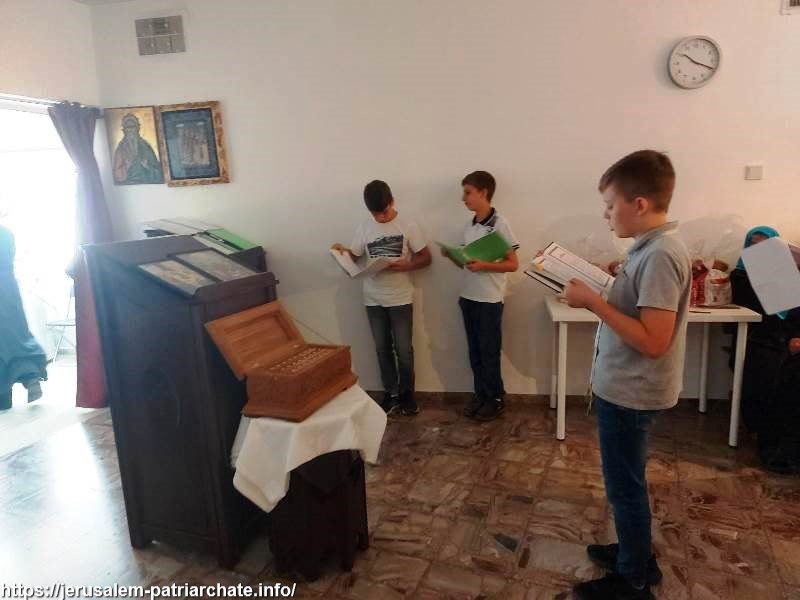 On Saturday, 13/26 June 2021, the Divine Liturgy was celebrated at the Prayer House of Patriarch Abraham in Beer Sheva, on the anniversary of the first Divine Liturgy that was celebrated on the Apodosis of Pentecost in the year 2017, and for the first anniversary of the ordination to Priest of the ministering Priest of Beer Sheva Father Alexander Yasevich.

The Divine Liturgy was officiated by the Spiritual Father of Saint Savvas’ Lavra, Archimandrite Eudokimos, with the co-celebration of the Hegoumen of Rafeidia of Samaria, Archimandrite Leontios.

During the Liturgy, all the congregation of the Russian-speaking parish participated in the chanting, under the lead of the Hegoumen Archbishop Aristovoulos of Madaba.

The Divine Liturgy was followed by a meal for all present.