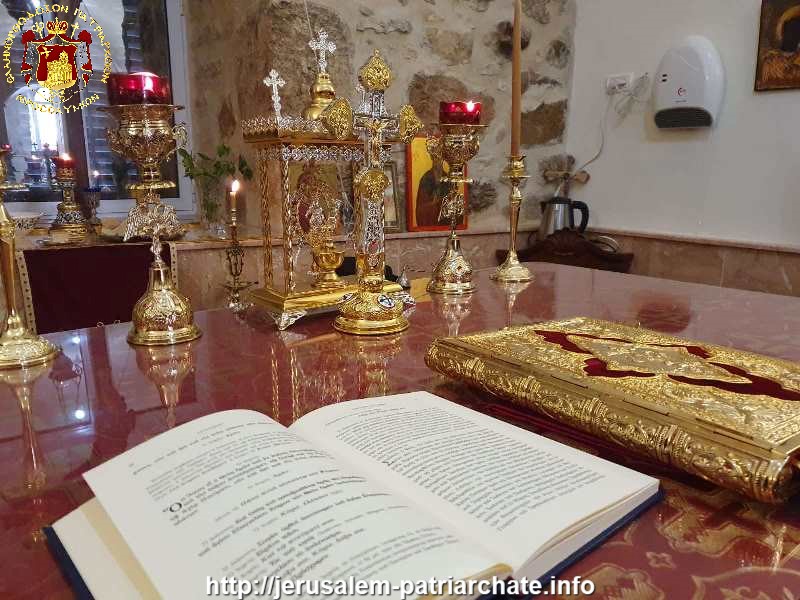 THE FEAST OF SAINT MODESTOS PATRIARCH OF JERUSALEM AT THE PATRIARCHATE

On Thursday, 18/31 December 2020, the Patriarchate celebrated the feast of our Father among the Saints Modestos, Patriarch of Jerusalem.

On this feast, the Church, and especially the Church of Jerusalem commemorates that Saint Modestos was ordained Patriarch of Jerusalem right after the destruction of Palestine by the Persians in A.D. 614. During this Persian raid, Churches and Monasteries were destroyed and thousands of Monks and other Christians were slaughtered.

At this time of great calamity and hardship of the Church, Saint Modestos was sent as an Angel of comfort, and he renovated and rebuilt the destroyed Churches and Monasteries, as he also supported the suffering from the Persian raid Christians, both morally and materially. Saint Modestos is also the patron Saint and healer of the ill animals.

The commemoration of Saint Modestos was celebrated by the Patriarchate at the Monastery dedicated to him, where his tomb lies, along with that of Saint Prokopios, in Abu Tor hill, opposite the Holy Zion.

In this Church, which the Hagiotaphite Archimandrite Modestos started to renovate in the ‘70s, and is currently being refurbished by Monk Antiohos, the Caretaker of the Shrine, Vespers was held in the afternoon and the Divine Liturgy in the morning of the Feast, by Archimandrite Makarios and Hierodeacon Marcellus. The chanting was delivered by the Byzantine choir leader of the Monastic Church of Saints Constantine and Helen, Archimandrite Eusevios. The Consul General of Greece in Jerusalem Mr Vlioras and only a few faithful attended the services due to the covid-19restrictive measures.

During the Divine Liturgy, H.H.B. our Father and Patriarch of Jerusalem Theophilos and Hagiotaphite Fathers visited the Monastery for veneration.