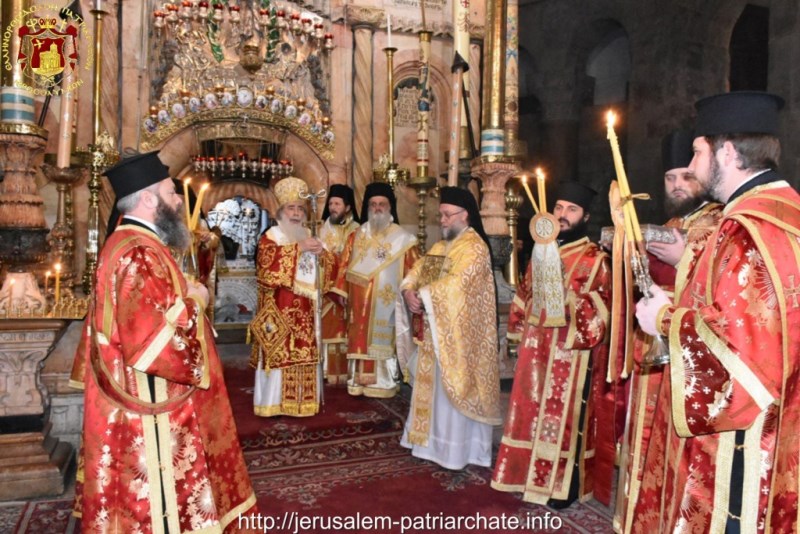 THE FEASTS OF THE LORD’S CIRCUMCISION AND OF ST. BASIL AT THE PATRIARCHATE

On January 1/14, 2020, the feasts of the Lord’s circumcision and of the commemoration of St. Basil the Great were celebrated with an All-night Vigil at the Church of the Holy Sepulchre.

The Hagiotaphite Brotherhood went to the Church of the Holy Sepulchre at midnight and started the Service of Matins at the Catholicon. After Matins, the Divine Liturgy of St. Basil the Great was celebrated at the All-holy Tomb.

The Divine Liturgy was followed by a litany three times around the Holy Sepulche and around the shrines.

Then His Beatitude cut the New Year Cake at the Office of Geronda Sacristan Most Reverend Archbishop Isidoros of Hierapolis and distributed to the people, wishing them “a happy New Year 2020”.