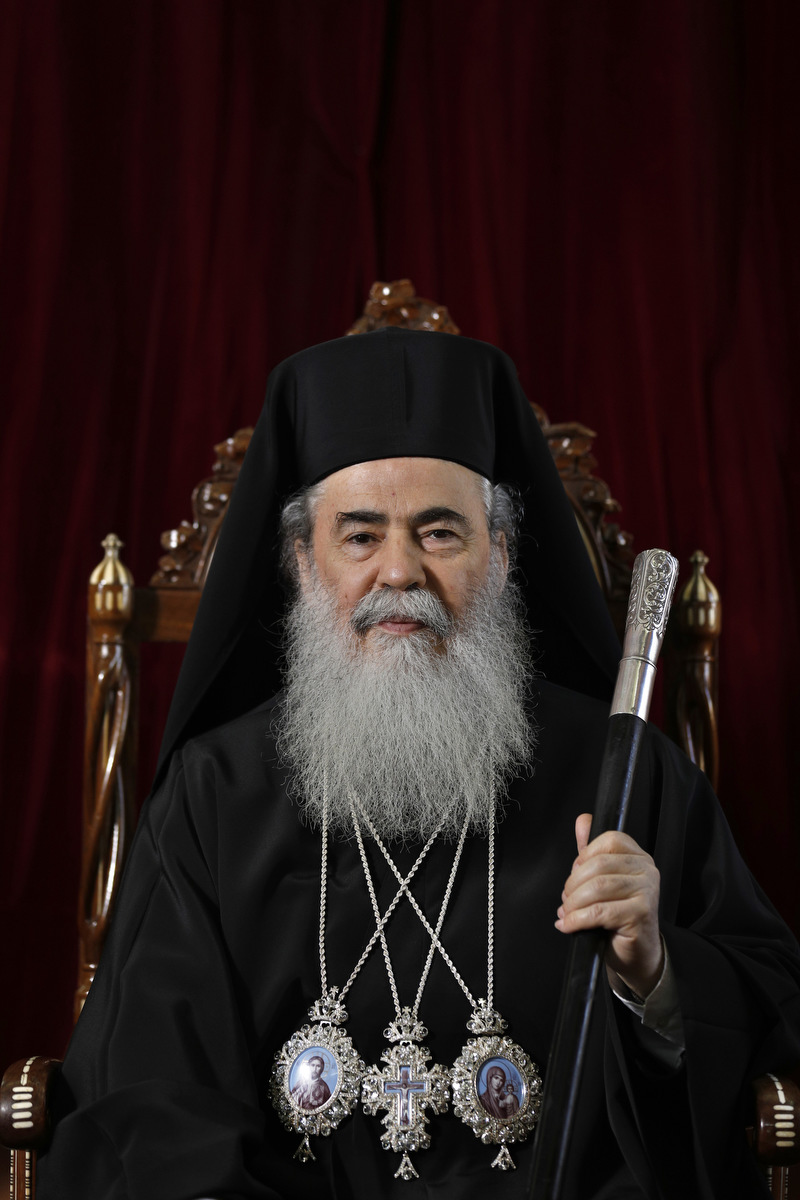 On Thursday afternoon, May 3/16, 2019, a Seminar under S.V. Stepashin, Chairman of the district and foreign departments of the Imperial Orthodox Palestinian Society, took place at Sergei Hotel which is adjacent to the Russian MISSIA of the Moscow Patriarchate, on the occasion of the two-hundred-year anniversary of the diplomatic support of the Russian presence in the Middle East. Sergei hotel was seized in 1948 by the State of Israel and has been recently restored to the jurisdiction of the Russian Church.

In this Seminar the Patriarchate was represented by the Most Reverend Archbishop Aristarchos of Constantina and Secretary-General, who read the following address of our Father and Patriarch of Jerusalem Theophilos;

Respected Members of the Council,

We greet you with the joy of this Paschal season with the greeting that is also the triumph of our Orthodox faith. From this Holy City of Jerusalem, the light of the resurrection has spread to the whole world.

The Patriarchate is also promoting important interfaith dialogue, and above all we are maintaining the multi-ethnic, multi-cultural, multi-religious character of Jerusalem and the Middle East.

The Church of Jerusalem, which is the Mother of all the Churches, is the guarantor of the unity of the Orthodox Church. We acknowledge especially the role that the Russian Orthodox Church has played down the centuries, and especially during the Ottoman period, in supporting the Church of Jerusalem politically, diplomatically, and of course, financially. But we need to acknowledge that there were also difficult times that tested our relationship; we must learn from them and work towards strengthening our Orthodox unity.

In the spirit of our Orthodox unity, we must learn from the past. We must always speak and act in ways that support the life and mission of the Patriarchate of Jerusalem in this region. We are the one, holy catholic and apostolic Church, and we are under a moral as well as a spiritual obligation to ensure that the identity and witness of the Orthodox Church in the Holy Land and the Middle East rests on the unshakable foundation of our Orthodox unity.

We would like to take this opportunity to express our deep appreciation to His Excellency the President of the Russian Federation, Vladimir Vladimirovich Putin, for his material support for the restoration of the Church of the Nativity in Bethlehem, and for his unwavering support for the mission of the Patriarchate.

SERMON OF H.H.B. THE PATRIARCH OF JERUSALEM THEOPHILOS III ON THE SUNDAY OF THE PARALYTIC MAN