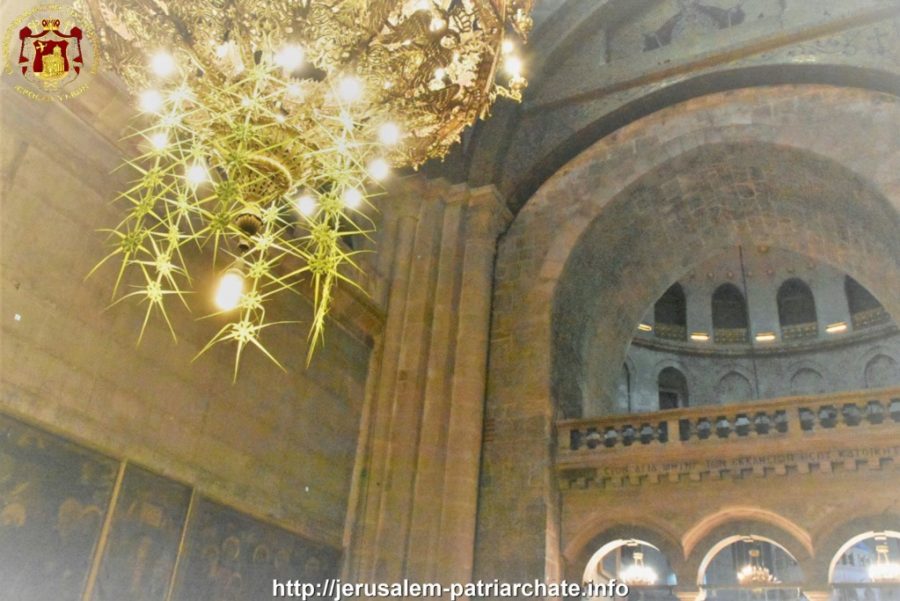 THE FEAST OF PALM SUNDAY AT THE PATRIARCHATE

On Palm Sunday, April 8/21, 2019, the Patriarchate celebrated the commemoration of the triumphant entry of the Lord in Jerusalem, a little while before His Passion, when the children of the Jews welcomed Him holding palm tree branches and crying out loud “Hosanna to the son of David”.

This event was celebrated in the evening at the Catholicon of the Church of the Holy Sepulchre with Great Vespers, led by H.H.B. our Father and Patriarch of Jerusalem Theophilos, with co-celebrants Hagiotaphite Hieromonks, under the chanting of the Choir Leader of the Church of the Holy Sepulchre Mr. Constantinos Spyropoulos. The service was attended by the newly arrived groups of pilgrims from various Orthodox countries.

On Saturday evening, April 7/20, 2019, Lazarus’s Saturday, immediately after the Service of Vespers at the Church of the Holy Sepulchre, many faithful rushed to the South side of the Mount of Olives which overlooks Bethany and is named Bet-Faghi.

He blessed the palm tree branches by reading the relevant prayer and designated the Most Reverend Archbishop Theodosios of Sebastia to lead the procession in commemoration of the triumphant entry of the Lord in Jerusalem, when the children of the Jews welcomed Him by placing their garments on the streets and crying out loud “Hosanna to the Son of David!”

The procession with the large participation of local faithful and pilgrims who were singing the apolytikion of Lazarus came down the Mount of Olives, passed through the valley of Gethsemane, where the Tomb of Theotokos lies, and concluded at the Holy Monastery of God’s Ancestors, Joachim and Anna, by the Lions’ Gate or St. Stephen’s Gate.

After the litany there was the return at the Patriarchate Headquarters in procession, and all people were holding palm tree branches in their hands.