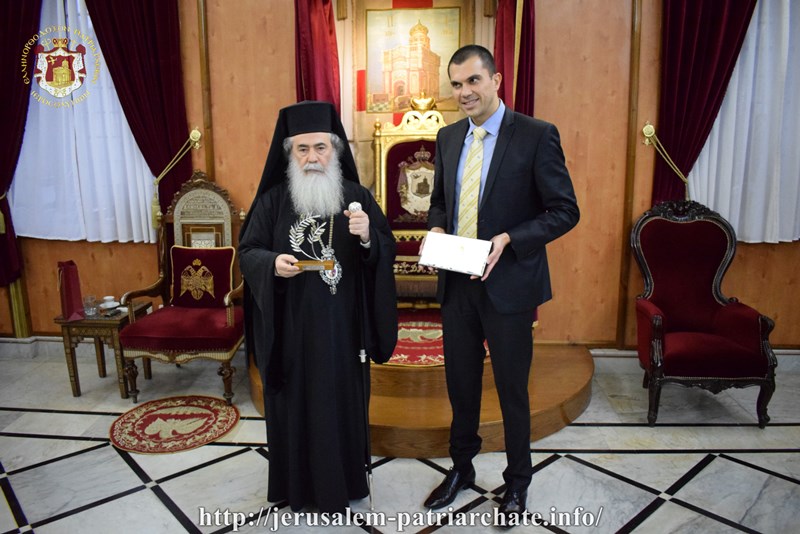 THE DEPUTY MINISTER OF THE REPUBLIC OF CYPRUS VISITS THE PATRIARCHATE

The Deputy Minister was received by H.H.B. our Father and Patriarch of Jerusalem Theophilos and Hagiotaphite Fathers.

Moreover, the mission of the Church of Cyprus as the bonding link of the people of Cyprus was underlined, as well as the project of the renovation and reconstruction of the Exarchy of the Holy Sepulchre in Nicosia, by the approval and help of the Holy Archdiocese of Cyprus.

His Beatitude also thanked them for the intervention of the President of the Republic of Cyprus Mr. Nikos Anastasiadis in favour of matters related to the Patriarchate towards the President of Israel Mr. Benjamin Netanyahu, and offered Mr. Perdiou a relief of the Holy City of Jerusalem, an icon of Theotokos of Jerusalem and of the renovated Sacred Edicule of the Holy Sepulchre, and expressed His wish for the solving of the issue of Cyprus, while Mr. Pediou offered His Beatitude a plaque with an olive branch.