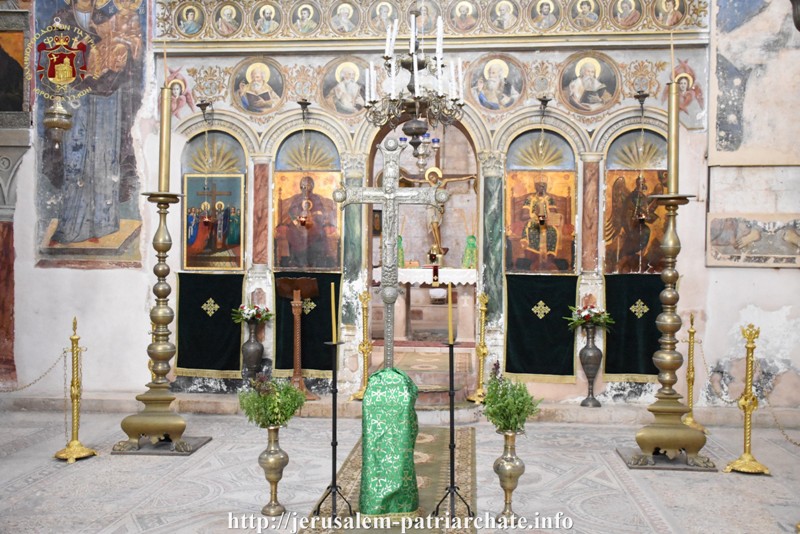 On Sunday September 17/30, 2018, the Feast of the Exaltation of the Sacred Cross was celebrated at the Holy Monastery of the Cross, which is located on West Jerusalem, near the Jewish Knesset.

This Feast was celebrated a few days after the actual feast date at this Monastery, because tradition has it that Lot planted in this location the piece of wood that was comprised of pine wood, cypress wood and cedar wood, and from which the Cross of our Lord’s crucifixion was made.

For this Feast, Vespers in the evening and the Divine Liturgy in the morning were led by the Most Reverend Archbishop Theophanes of Gerassa. For the Divine Liturgy co-celebrants to His Eminence were the Most Reverend Archbishops Theodosios of Sebastia and Aristovoulos of Madaba, at the presence of many Roman Orthodox faithful from the occupied territories, and the Consul General of Greece in Jerusalem Mr. Christos Sophianopoulos.

After the Divine Liturgy and the Exaltation of the Cross, the new Hegoumen Most Reverend Archbishop Philoumenos of Pella offered a reception to the Episcopal entourage, the Consul General and many of those present.