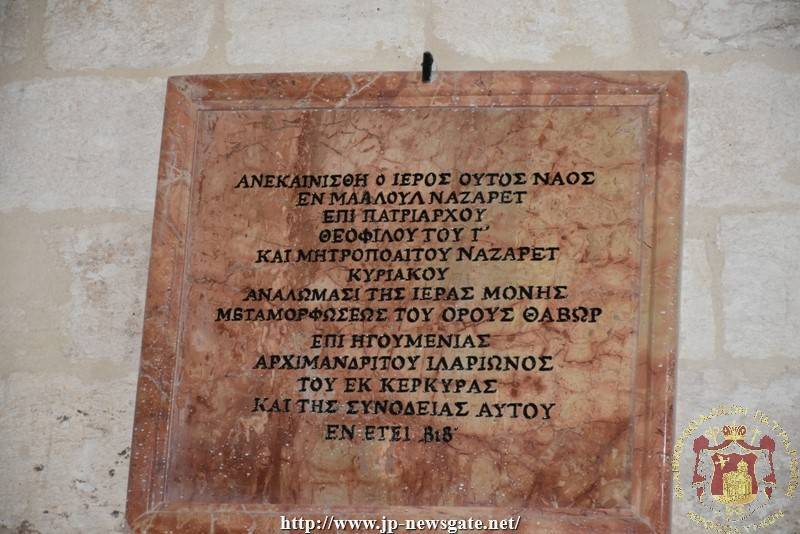 At dawn on Friday, 12th/25th August 2017, the litany-procession of the descend of the icon of the Dormition of Theotokos at the Tomb of Theotokos in Gethsemane took place.
The procession began from Gethsemane Metochion Chapel, where this icon is kept, opposite the Courtyard of the Church of the Resurrection. Participants in the procession were a great number of monks, nuns and clergy who preceded the icon, which was carried by the Hegoumen of Gethsemane Most Reverend Archbishop Dorotheos of Avela. This sacred icon was followed by thousands of Orthodox faithful, laity, men, women, children, people of different Doctrines and even different religions, swarming to venerate the icon in order to be blessed.

The procession followed Via Dolorosa, the opposite course the Lord followed from Praetorion. During the procession the choir leader Archimandrite Aristovoulos, George Alvanos and the nuns were singing hymns of the Dormition in Greek, Russian, Arabic and Romanian.

On the way, a special prayer was read in front of the Russian Monastery of St. Alexander Nefsky, the Praetorion, the Holy Churches of Saints Joachim and Ann and St. Stephen the First Martyr.

The crowded procession ended up at the Holy Church of the Dormition of Theotokos in Gethsemane. Therein, after the appropriate prayer the icon was placed on the epitaph, south of the Tomb of Theotokos, and the Service of Matins and the Divine Liturgy followed,  in honour and blessing of the Most-holy Theotokos, and in intercession of Her help and strengthening of the faithful.
From Secretariat-General