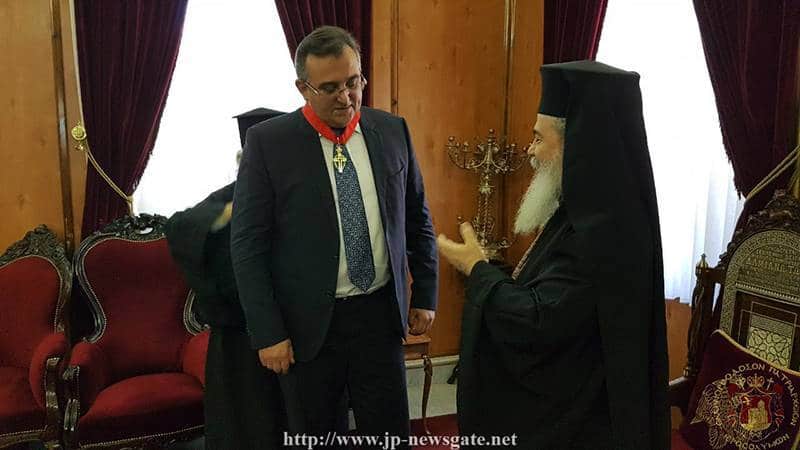 HIS BEATITUDE AWARDS THE AMBASSADOR OF UKRAINE IN JERUSALEM

On Tuesday 15th/28th March 2017, His Beatitude our Father and Patriarch of Jerusalem Theophilos awarded the Ambassador of Ukraine in Jerusalem Mr. Gennadii Nadolenko with the medal of the Grand Commander of the Order of Knights of the Holy Sepulchre, for his leave to retirement.

His Beatitude offered this honorary distinction to the Ukrainian Ambassador for his beneficiary work towards his country and the Church of Ukraine as well as for his noteworthy cooperation with the Patriarchate during his diplomatic service.

Mr. Nadolenko thanked His Beatitude for this honorary distinction and committed to continue in the service of peace for both his country and the Church.
From Secretariat-General