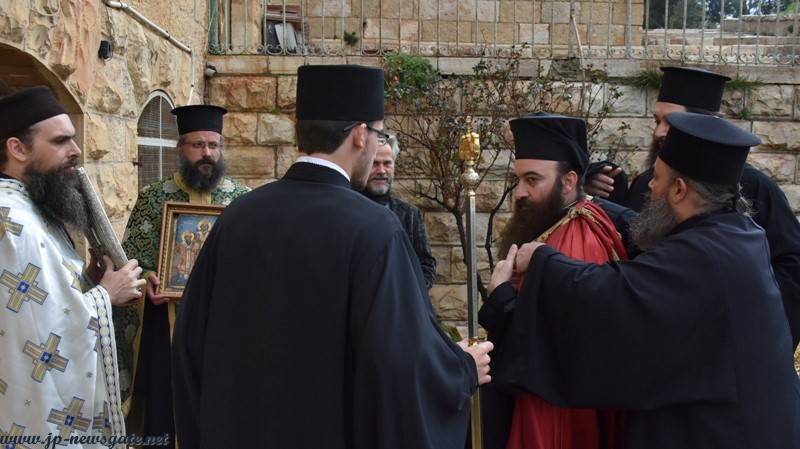 On Monday, 31st January / 13th February 2017, the feast of the Three Hierarchs Basil the Great, Gregory the Theologian and John Chrysostom was celebrated at the Holy Church of the Holy Trinity inside the Patriarchal School on the hill of Holy Zion.

The ecclesiastic and school feast was officiated in the morning for Matins and the Divine Liturgy by the Most Reverend Archbishop Isidoros of Hierapolis Elder Sacristan and Chairman of the School Board, with concelebrants the Dragouman Archimandrite Matthew, Archimandrite Porfyrios and Hieromonk Euphrosynos, at the singing of the School students with the choir singer of the Church of the Resurrection Mr. George Alvanos.

At the Koinonikon of the D. Liturgy, the teacher Hieromonk Euphrosynos gave the festal Sermon.

After dismissal, the Director of the School offered a reception to the Episcopal Entourage, the teachers and the congregation at the School Hall.