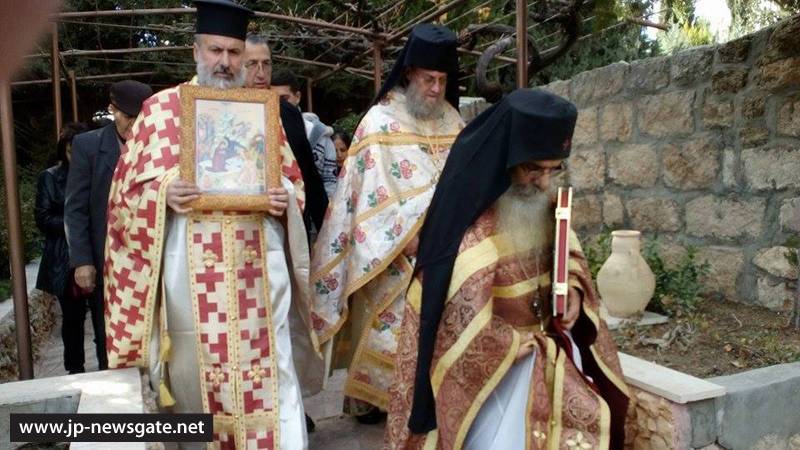 RECENT ACTIVITIES OF THE HOLY ARCHDIOCESE OF QATAR

On the second day of the meeting there was a visit at Sir Bani Yas island, at the United Arab Emirates border with Qatar. The participants’ team at the conference, approximately 30 clergy men, from different doctrines and countries of the Arab peninsula was accompanied by the Minister of Tolerance Seikha Lubna Khalid Al Qasimi herself.

The organization of the visit was undertaken by the Ministry of Tolerance of the United Arab Emirates Government and the expenses were covered by His Excellency, Sheikh Mohammed bin Zayed Al-Nahyan, Crown Prince of Abu Dhabi.

The discovery of the ruins took place in 1992, excavations began in 1994, and continue until the present time. Three million trees have been planted in the island, and a massive collection of animals has been transferred from various countries of the world, while there have also been constructions of an airport, three hotels and recreational areas.

The transition to the island was by plane, on a special 25-min duration flight. The archaeologists who have been carrying out the excavations gave a detailed guided tour to the members of the clergy and their formal companions’ team. During the tour, there was the first time ever presentation of artefacts with Christian symbols, which will be displayed at the Emirate of Abu Dhabi Museum.

The Feast of Theophany was celebrated with the appropriate ecclesiastical brilliance at the Archdiocese of Qatar. Due to local conditions, the feast was moved to Friday 7th /20th January. On Thursday morning, 6th/19th January 2017, the Royal Hours were read after Matins, and Vespers was held in the evening. In the morning after Matins, the D. Liturgy was celebrated, followed by the Blessing of the Waters.

The services were led by the Most Reverend Archbishop Makarios of Qatar, with concelebrants Archimandrite Savvas and other clergy, at the participation of the Christian Congregation of the local Church.