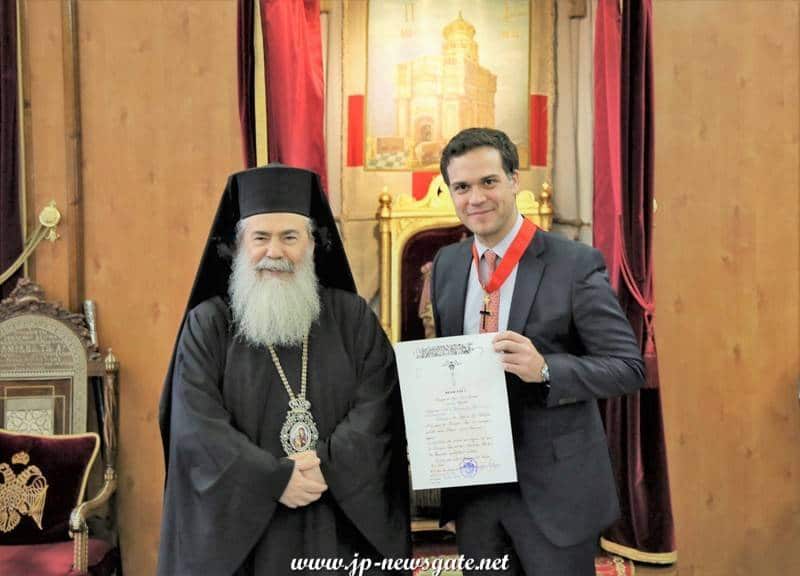 HIS BEATITUDE THE PATRIARCH OF JERUSALEM DECORATES MR ALEXANDROS GENNIMATAS

On Tuesday, the 7th/20th of December 2016, His Beatitude Theophilos, Patriarch of Jerusalem, bestowed upon Mr Alexandros-Andreas Gennimatas, Consul at the Greek Embassy in Tel Aviv, the honorary distinction of Crusader of the Equestrian Order of the Holy Sepulchre, in recognition of his contribution to the rights and interests of the Patriarchate in the Holy Land.

Mr Gennimatas thanked His Beatitude for the honour conferred upon him and for His valuable suggestions and instructions on the relations between Greece and the Patriarchate during his diplomatic tenure. He also pledged to remain a herald for the Patriarchate’s pastoral, peacemaking and cultural work.