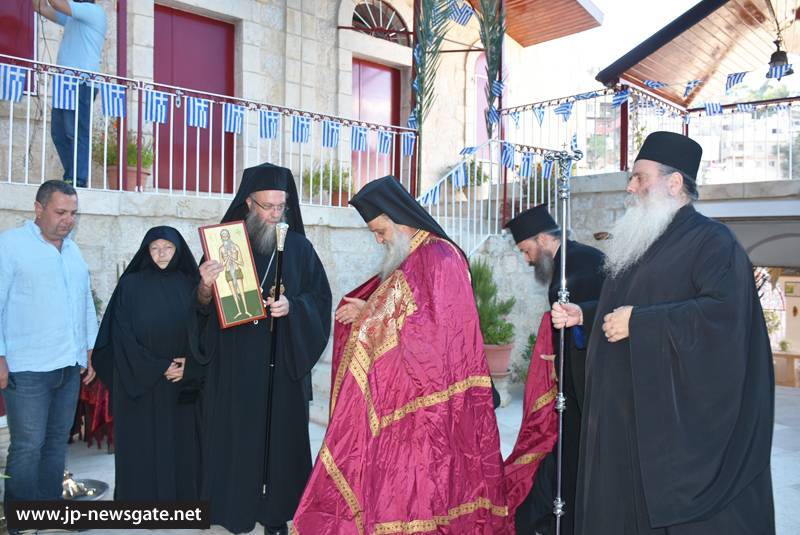 THE FEAST OF ST ONOUPHRIOS AT THE PATRIARCHATE

On Saturday, the 12th/25th of June 2016, the Patriarchate observed the memory of St Onouphrios the Egyptian at the Monastery dedicated to his name, located at a short distance from the Pool of Siloam in the Potter’s field, bought by the lords of the Jews as a burial place for foreigners with the silver coins that Judas had returned with remorse.

For this reason the Monastery is built on cavernous tombs carved into rock. One of the tombs belongs to the first Patriarch of Jerusalem, St Juvenal (451 AD).

At the Church of this Monastery, half-carved into rock, Vespers was held in the evening, led by His Eminence Demetrios, Archbishop of Lydda, who has as concelebrants: the Elder Kamarasis, Archimandrite Nektarios, the Spiritual Father of the Monastery, Hierodeacon Markos, and Presbyter Nikita. Elder nun Mariam Skorda sang with other nuns from Jerusalem, for a congregation of monks, nuns and laymen, mostly from Jerusalem.

The divine Liturgy was followed by procession and a memorial service on the tomb of the Monastery’s proprietors, and of Nun Seraphima, who passed away three years ago. The prayer of the fruit was also recited.