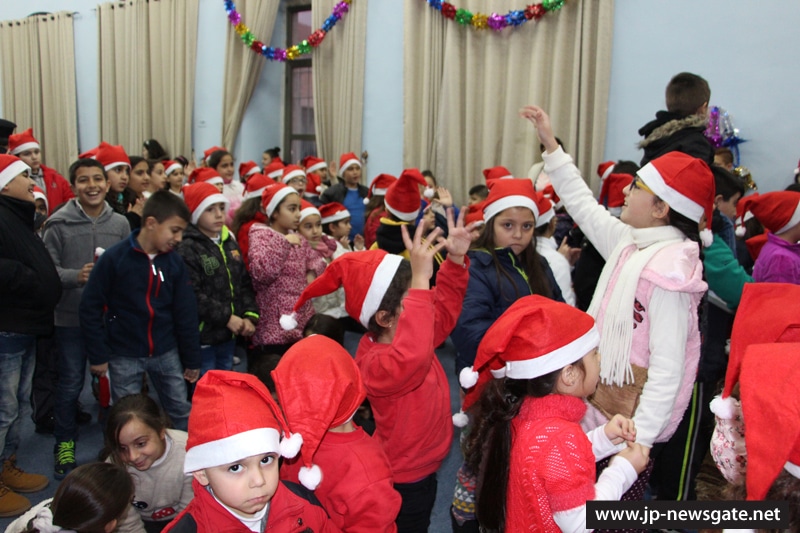 On the afternoon of Monday the 2nd of December/4th of January 2016, His Beatitude Theophilos, Patriarch of Jerusalem, accompanied by the Chairman of the Patriarchate’s Arabic-speaking schools, Archimandrite Ieronymos, the Patriarchal Commissioner, Metropolitan Isychios of Kapitolias, the Elder Secretary-General, Archbishop Aristarchos of Constantina, and Metropolitan Joachim of former Zambia, visited the hall of events of the Arabic-speaking School of St Demetrius, that is adjacent to the Central Monastery.

There, in the context of an event organized by the school Principal, Mr Samir Zananiri, and teachers at the school, the Patriarch distributed Christmas presents to more than one hundred pre-schoolers and primary students, extending wishes for Christmas in health and peace, and improved student performance for the New Year.