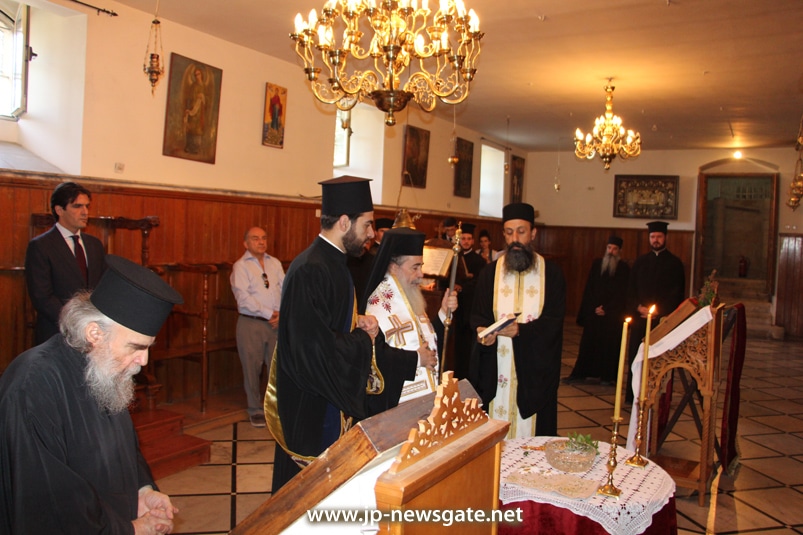 On Thursday the 23rd/12th of September 2015, His Beatitude Theophilos, Patriarch of Jerusalem, performed the holy water rite on the occasion of the new school year 2015-2016 at the Hieratical Patriarchal School of St Sion. In attendance were the President of the School Board, His Eminence Isidoros, Archbishop of Hierapolis, and other Hagiotaphite Fathers, such as Archbishop Aristarchos of Constantina, and the Spiritual Father of the students, the Hegoumen at Hojeva Monastery, Archimandrite Constantinos. Archimandrite Eusebios sang, whilst Mr Koinis represented the Greek Consul-General to Jerusalem. Teachers and students were also present.

On the conclusion of the rite, His Beatitude was hosted to a reception by the new Principal, Teacher of Theology and Philology, Mr Demetrios Lycoudes, and the School’s teachers.

During His speech, the Patriarch advised novice students to be diligent and efficient in their studies, cultivating an honest and honourable character, preparing themselves, upon their graduation from the School, to freely join the Hagiotaphite Brotherhood for a diaconate.