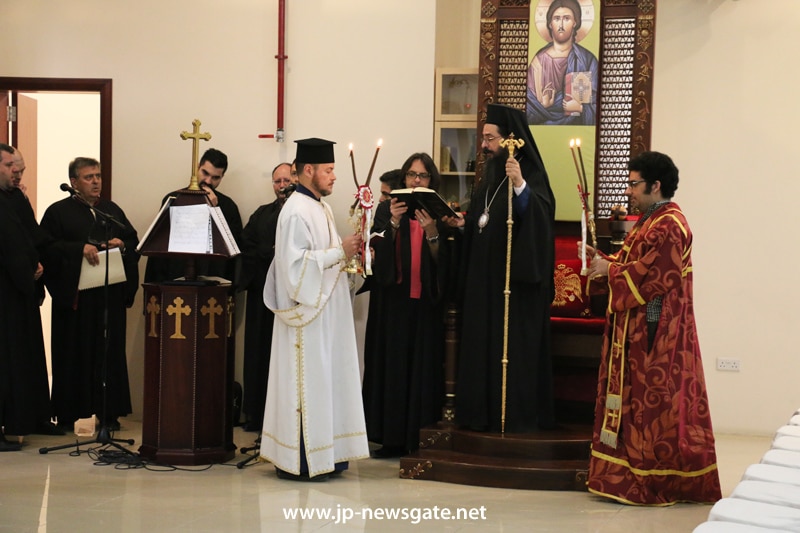 THE FEAST OF ST GEORGE THE GREAT MARTYR IN DOHA

The feast-day of Doha’s Cathedral was observed with glorious celebrations, though postponed on Friday for pastoral reasons.

On Thursday, the 30th of April 2015, panegyric Vespers was performed, led by Archbishop Makarios of Qatar, which included the Breaking of Bread. An eight-membered group of hieropsalts performed under the direction of Mr Georgios Proikios, Head Cantor at the Church of Our Lady Mirtidiotissa, Piraeus, alongside the Church’s Choir.

On the conclusion of Vespers, a concert of traditional music took place in the forecourt of the Church, aimed at conveying the scent of church music to the Greek Orthodox residing in the Emirate of Qatar, to Arab-speaking Christians, but also to members of the congregation accustomed to other music traditions.

On Friday, the 1st of May 2015, Matins and a Prelatic Divine Liturgy were held in the presence of a crowd of faithful. At the end of the service, the Holy Icon of St George was carried in a procession.

From the Holy Archbishopric of Qatar