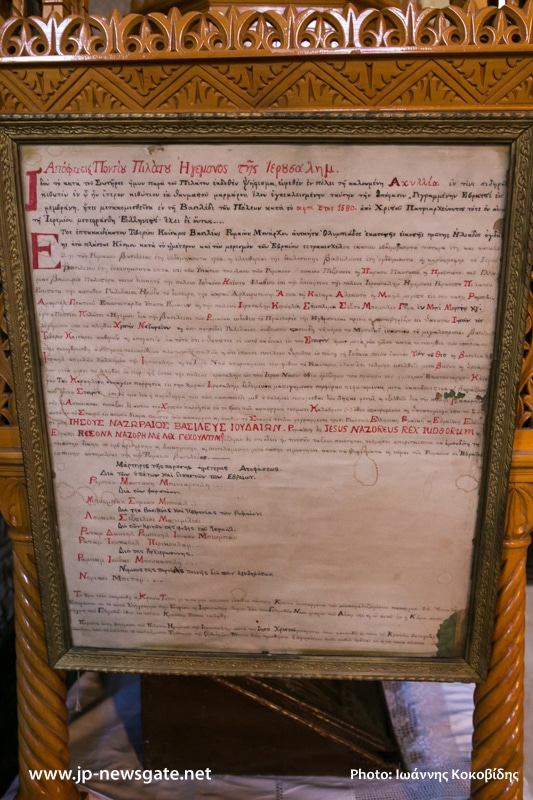 THE FEAST OF HIEROMARTYR ST CHARALAMBOS

On Cheesefare Sunday, the 9th/22nd of February 2015, the Patriarchate observed the memory of St Charalambos the great martyr, one day after the saint’s designated feast, as this year it coincided with Lent Monday.

The memory of the saint was celebrated at the Monastery dedicated to him, which lies between the Via Dolorosa and the Church of the Resurrection.

St Charalambos, hailing from Magnesia, Thessaly, and having served there as deacon, suffered a martyr’s death during the reign of Severus in 198 AD.

Vespers and the Divine Liturgy were led by His Eminence Methodios, Archbishop of Tabor. Co-officiating were Hagiotaphite Hieromonks and Hierodeacons, as Archimandrite Eusebius sang. Mass was attended by a pious congregation of nuns, local Jerusalemites and pilgrims from Greece, Russia and Romania.

His Eminence Methodios preached the Word of God to the congregation, underlining the saint’s perseverance as an example to be emulated by Christians during the Great Lent.

His Beatitude Theophilos proceeded to venerate during the Divine Liturgy.

The Patriarch, the Prelatic Retinue and the faithful were hosted to a reception by the Hegoumen, f. Kallistos, in his quarters.

THE NATIONAL HOLIDAY OF OCTOBER 28, 1940 AT THE PATRIARCHATE