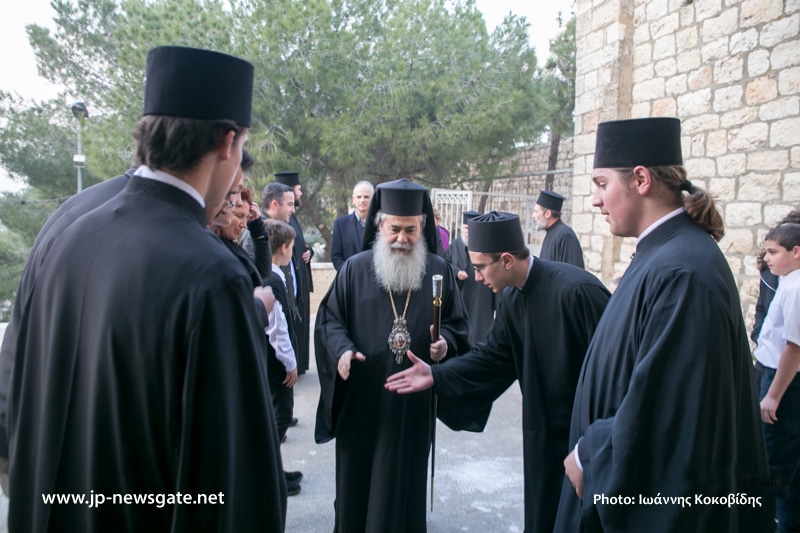 On the afternoon of Tuesday, the 21st of January/3rd of February 2015, Patriarch Theophilos of Jerusalem cut St Basil’s pie during a modest ceremony at the School of St Sion.

In attendance at the ceremony was the Greek Consul-General to Jerusalem, Mr Georgios Zacharoudiakis and his associates, as well as Archbishop Aristarchos of Constantina, the President of the School Board and Elder Sacristan, Archbishop Isidoros of Hierapolis, Hieromonk Martyrios, Vice-Principal Mr Mexis, Hierodeacon Dionysios, teachers and students.

The ceremony began with the troparia of the Circumcision of the Lord and of St Basil, after which His Beatitude went on to cut the pie, with student Georgios Politis finding the “flourin”, namely the lucky coin.

Novices at the School sang the Carols while the pie was distributed.

The ceremony also included gifts offered by His Beatitude and the Consul-General, courtesy of the latter.

The two addressed students on the School’s mission and the Christian and humanitarian ethos cultivated by it, whilst Mr Mexis thanked them for their avowed interest.