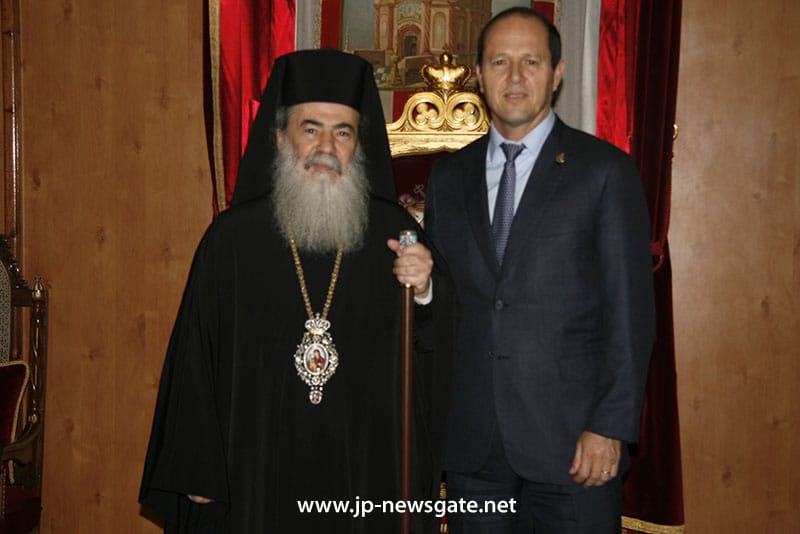 THE MAYOR OF JERUSALEM VISITS THE PATRIARCHATE

On Monday, the 13th/26th of January 2015, the Mayor of Jerusalem, Mr Nir Barkat, visited the Patriarchate accompanied by associates of his.

The Mayor and his associates were welcomed by H.B. Theophilos, Patriarch of Jerusalem, in the presence of Hagiotaphite Fathers. In the context of this visit, an interesting discussion took place on the safe access of pilgrims to Jerusalem and the rest of the Holy Land, and on facilitating their attending the Holy Light Ceremony on Easter Saturday.

Reference was also made to the resolution of problems caused against the Patriarchate on the site of the Shrine of the Holy Sion by its neighbours.

During the meeting, the Mayor stated his will to effectively fight against incidents of violence which perturb the calm life of the citizens of Jerusalem.

On the occasion of the visit, the Mayor offered His Beatitude a basket of Christmas sweets, whereas the Patriarch offered the Mayor a silver seven-lamp lantern.