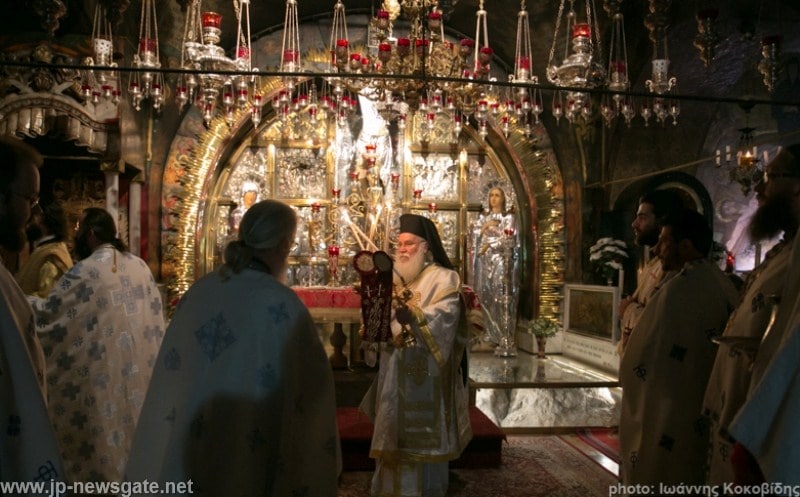 On Saturday, the 2nd/15th of November 2014, the Most Reverend Kyriakos, Metropolitan of Nazareth, acting upon a decision of the Holy and Sacred Synod, ordained Mr Sergei Denishenko as deacon during a divine Liturgy performed at Golgotha. The newly-ordained shall initially serve as hierodeacon and, in due time, as a priest for the Russian-speaking flock in Nazareth and its environs.

In attendance at the ordination were relatives of the ordained from Nazareth, Hagiotaphite Fathers, nuns, and pilgrims from Greece and Russia.

After the ordination ceremony, the Prelatic Retinue proceeded to the Patriarchate, where His Beatitude Theophilos, Patriarch of Jerusalem, blessed the ordained and addressed him in paternal words with wishes for an honest diaconate to the benefit of the Russian-speaking flock in Nazareth and the glory of the Triadic God.