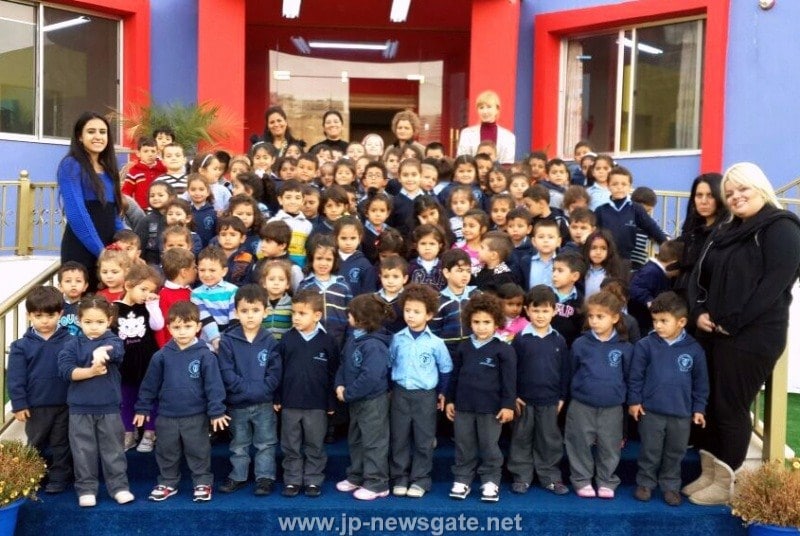 A model Nursery School, belonging to the Orthodox Schools Complex of the Patriarchate of Jerusalem, now operates in the Christian town of Fhes near Amman, Jordan.

The school project, which takes up an area of 1.300 m2, began with the wishes and blessings of His Beatitude Theophilos III, Patriarch of Jerusalem, on April 2014, and was completed in August of the same year.

It opened on September 1st 2014, with 120 children, which could mark the beginning for the creation of an International Stream School of the Patriarchate in Jordan.

Of note is the fact that the Patriarchate of Jerusalem maintains today 13 school units in Jordan, hosting 6.000 students and employing a great number (820) of high school teachers, elementary school teachers, auxiliary personnel etc.

From the Education Committee in Jordan