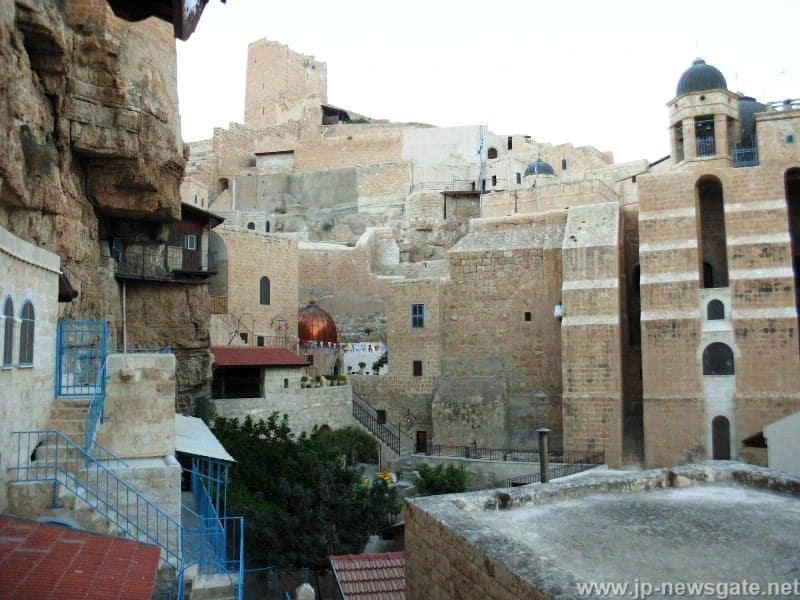 COMMEMORATING THE TRANSLATION OF THE RELICS OF HOSIOS SAVVAS THE CONSECRATED

On Sunday, the 13th/26th of October 2014, the Patriarchate commemorated the translation of the relics of Hosios Savvas the Consecrated to his Holy Monastery in the desert of Judea, on the right bank of the Kidron torrent which flows from Jerusalem into the Dead Sea.

The feast commemorates the fact that the remains of Hosios Savvas, which had been taken by the Crusaders in Venice, were returned by the Roman Catholic Church to the Church of Jerusalem on the 13th/26th of October 1965.

A nocturnal vigil was held at Hosios Savvas Monastery, with the Divine Liturgy led by His Eminence, Archbishop Theophanes of Gerassa. In attendance were Hagiosabbite Fathers, Hagiotaphite Fathers from Jerusalem, and Greek Orthodox Arab-speaking faithful from the nearby villages of Bethlehem, Beit-Jalla and Shepherds Village or Beit-Sahour.

After the vigil, the Monastery’s spiritual father, the Very Reverend Archimandrite Evdokimos, offered kollyva with wine at the Monastery’s narthex, followed by lunch for the Prelatic retinue, the Fathers and the entire congregation.