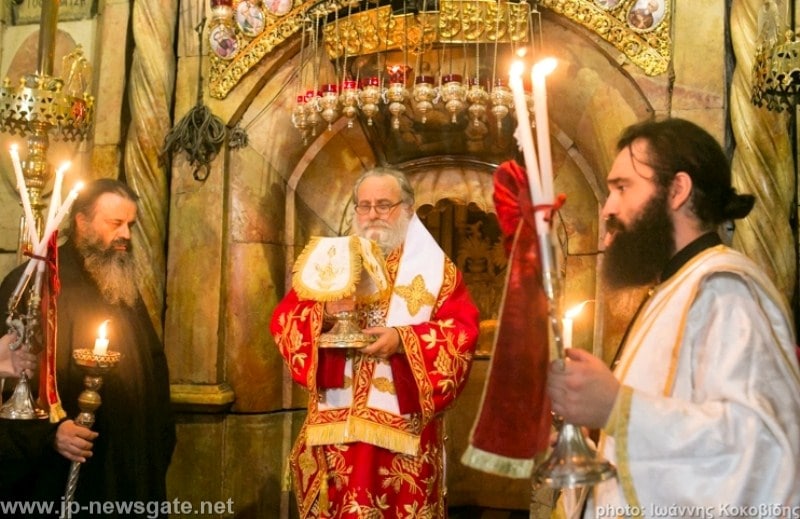 On the night of Saturday to Sunday, the 24th to the 25th of August/ 6th to 7th of September 2014, Hierodeacon Martyrios was ordained as Presbyter by the Most Reverend Isychios, Metropolitan of Kapitolias, during a nocturnal divine Liturgy at the Holy Sepulchre.

In attendance at the sacrament of the ordination were Hagiotaphite Fathers, nuns and pilgrims, praying with the ordained that he be firmly and fruitfully devoted to his hieratic diaconate. Before the ordainment, the ordaining Primate strengthened the ordained with spiritual words of consolation and guidance, as shown in the video below.

After the ordainment, the ordained priest f. Martyrios hosted those honouring him at the office of the Elder Sacristan, His Eminence Isidoros of Hierapolis.

The service was broadcast live via Internet on the Patriarchate’s Radio Station.