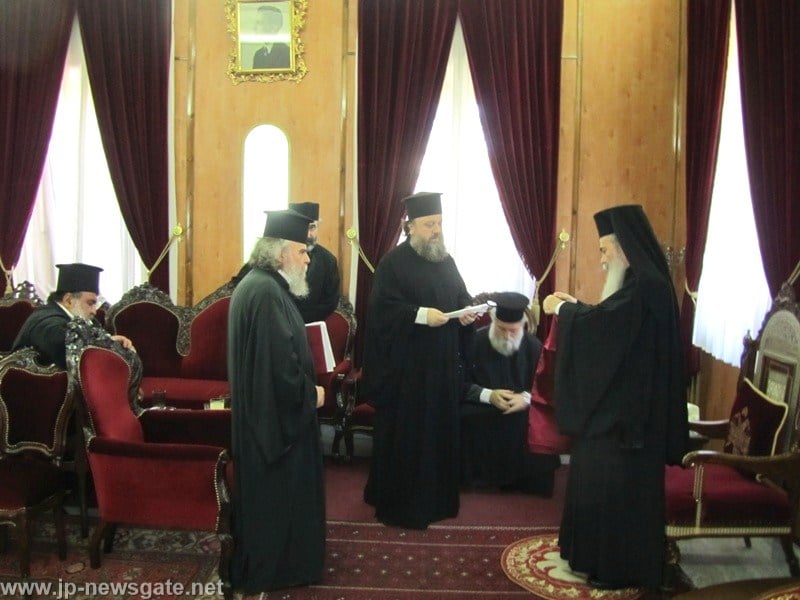 CONCLUSION OF AGREEMENT BETWEEN THE PATRIARCHATES OF JERUSALEM AND ROMANIA

During this meeting, Archimandrite Timotheos and f. David, pursuant to the signed agreement, gave to the Patriarch of Jerusalem the keys to the church of the Jericho guesthouse, which He then returned to them. His Beatitude went on to offer the antimensium of the Patriarchate of Jerusalem, blessed by Himself.

In offering the antimensium, His Beatitude wished and asked that efforts be made to abide by the signed agreement on ecclesiastical communion, for the edification of pilgrims flocking to the Holy Land from across the world under the jurisdiction of the Patriarchate of Jerusalem, respect of which is to the benefit of all Orthodox Churches and of Christendom as a whole.