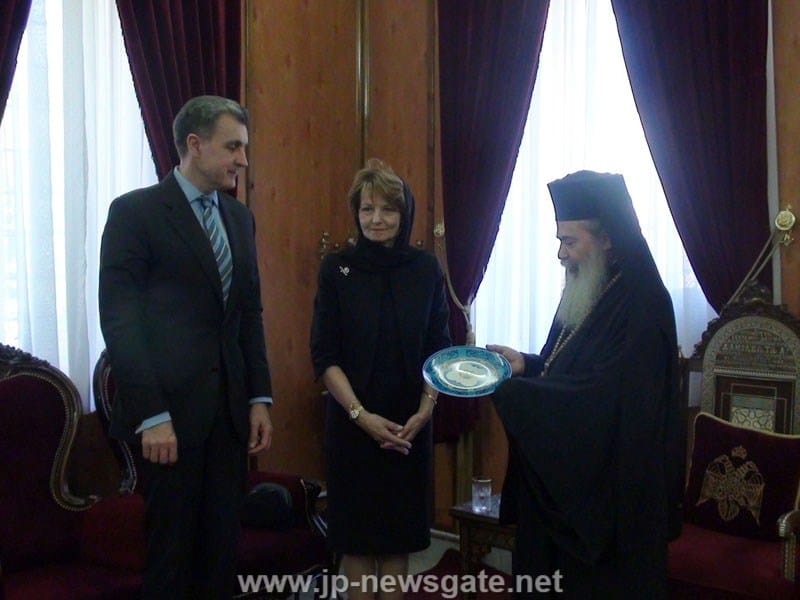 THE PRINCESS OF ROMANIA VISITS THE PATRIARCHATE

On Wednesday the 17th/30th of April 2014, Princess Margareta of Romania, Custodian of the Romanian Crown, and HRH Prince Radu, visited the Patriarchate.

These highly esteemed visitors were warmly received by His Beatitude Theophilos, our Father and Patriarch of Jerusalem, and Hagiotaphite Fathers.

In the context of this visit, His Beatitude talked about the Patriarchate’s pastoral and peace-making work, from its beginning to this day, in the multi-religious, multinational and inflammable political setting of the Middle East.

During the visit, His Beatitude offered the prince couple pectoral crosses and the book on the History of the Church of Jerusalem by Chrysostomos Papadopoulos.

Extending thanks for the gifts, the prince and princess went on to venerate at the Holy Sepulchre, where they were received by the Elder Sacristan, His Eminence Isidoros, Archbishop of Hierapolis.