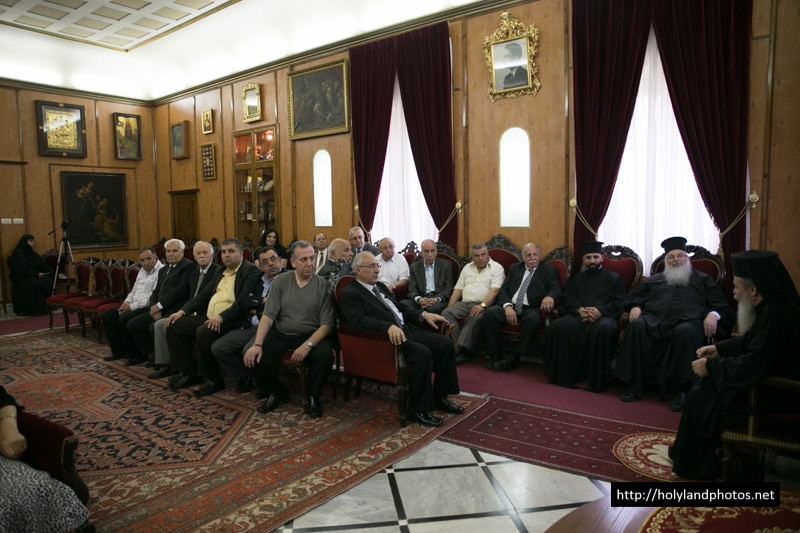 Since Bright Wednesday, the 10th/23rd of April 2014 onwards, Pascal visits were made to the Patriarchate by members of Greek Orthodox (Rum Orthodox) Communities hailing from Jerusalem and other cities and towns within the Patriarchate’s jurisdiction, namely Bethlehem, Beit-Jala, Shepherds Village, Jifna, Birzet, Ramla and Aboud. Visits were also made by pilgrims from Russia, Romania and Serbia.

These visitors, clerics and laymen alike, were received with Pascal wishes by His Beatitude Theophilos, our Father and Patriarch of Jerusalem. The visitors chanted “Christ Has Risen” and “The Day of Resurrection” in Greek and in their own language. His Beatitude extended His wishes for the feast of Easter and offered them Paschal eggs and Jerusalemite eulogias.