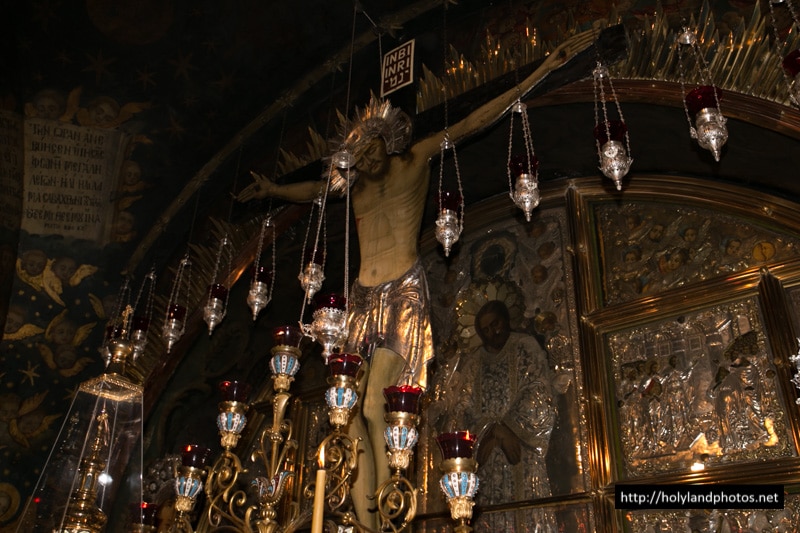 On the morning of Great Friday, namely the 5th/18th of April 2014, the service of the Royal (Great) Hours was observed on the Holy Golgotha. The service was read out after the opening of the Gate of the Church by the Orthodox in accordance with the standard order, and after the arrival of the procession which had begun from the Praetorium through Via Dolorosa, led by the Most Reverend Isychios, Metropolitan of Kapitolias. The Metropolitan carried a cross in remembrance of the fact that our Lord carried His cross from the Praetorium, aided by Simon of Cyrene, to Calvary, the “Place of the Skull”, where He was crucified. A great crowd of co-praying Orthodox followed.