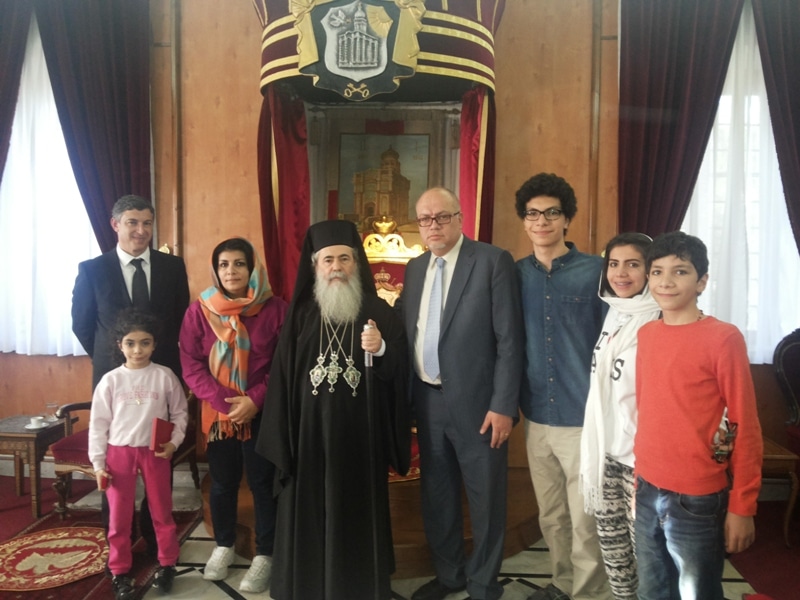 In the afternoon of Thursday, 14th/27th of March 2014, the Minister of Public Works of Jordan, Mr Sami Halasa, a Christian Rum Orthodox from Karak, South Jordan, visited the Patriarchate in the company of his family.

The Honourable Minister was received by His Beatitude Theophilos, our Father and Patriarch of Jerusalem, in the presence of the Patriarchal Commissioner and the Elder Secretary-General.

Having received His Beatitude’s blessings, namely an icon of the Resurrection made of “madre perla” in Bethlehem, and pectoral crosses for the wife and children, the Minister’s family went on to visit the Church of the Resurrection for veneration. The following day, a visit was scheduled to the Cavern and the Basilica of the Nativity.