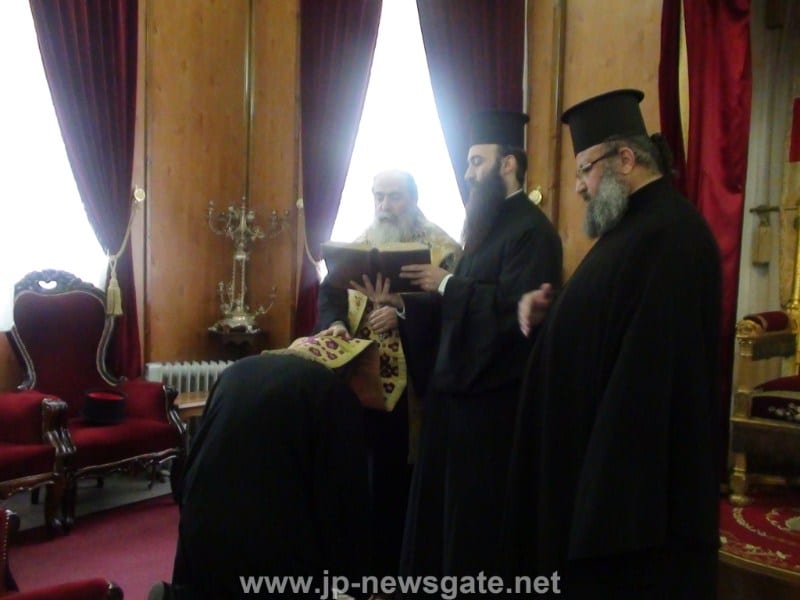 On Monday the 4th/17th of February 2014, His Beatitude Theophilos, our Father and Patriarch of Jerusalem, bestowed the office of Steward on the vicar of the Greek Orthodox (Rum Orthodox) town of Adjloun, f. Gregorios Rihane. F. Gregorios was accompanied by His Eminence, Archbishop Philoumenos of Pella, Patriarchal Commissioner in Northern Jordan.

On the occasion of this promotion, His Beatitude wished f.Gregorios strength from above in order to carry on his dedicated and fruitful diaconate.