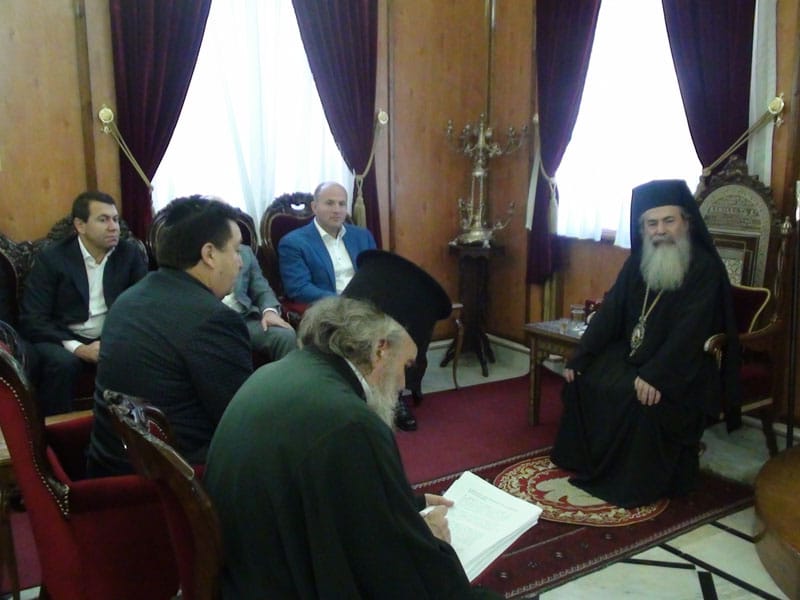 On Tuesday the 9th/22nd of October 2013, His Beatitude Theophilos, Patriarch of Jerusalem, decorated distinguished personalities from Ukraine, in the presence of the friend of the Patriarchate, Mr Feldmann, and the Patriarchal Commissioner in Bethlehem, His Eminence Theophylaktos, Archbishop of Jordan, who translated into Russian.

Decorated were the Mayor of the city of Kharkov, Mr Fennadiy Kernes, who offered land for the erection of a church in Kharkov, Ukraine; and Mr Pavel Fuks, who sponsored the construction of the church, together with co-sponsors, his brother, Roman Fuks, Mr Pipia Roman and Mr Valeriy Pisarenko, who were also decorated.

During the ceremony, His Beatitude pointed out that this honour is conferred upon them for their contribution to the Church and interreligious coexistence.

Touched, the decorated men thanked His Beatitude and pledged to carry on their work of support to the Church, before setting out to venerate the Holy Sepulchre.