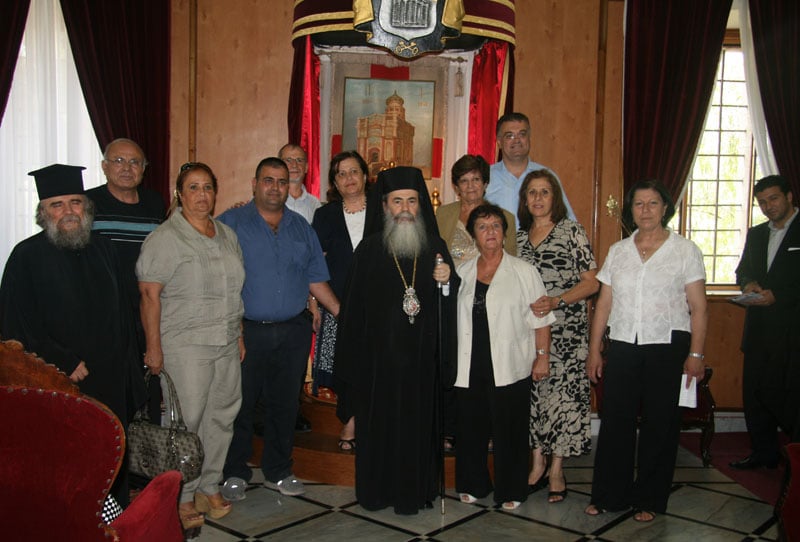 HIS BEATITUDE RECEIVED THE COMMUNITY COUNCIL OF JAFFA.

Within the framework of this visit matters concerning the flock were discussed. These included the construction of a new iconostasis for the Patriarchate’s Community Church of Saint George, better cooperation between the community and the Administrative management of the Patriarchate’s school operating in Jaffa and finally better collaboration between the community and its priest.

In His welcome His Beatitude congratulated the Council on the occasion of the agreement and signing of the settlement  giving a positive end to the long standing dispute  between the Patriarchate and its flock at Jaffa relating to administration issues of the Church and rights of ownership of its surrounding property, whilst urging the harmonious unity of  the members  of the community with the members of its institutions.