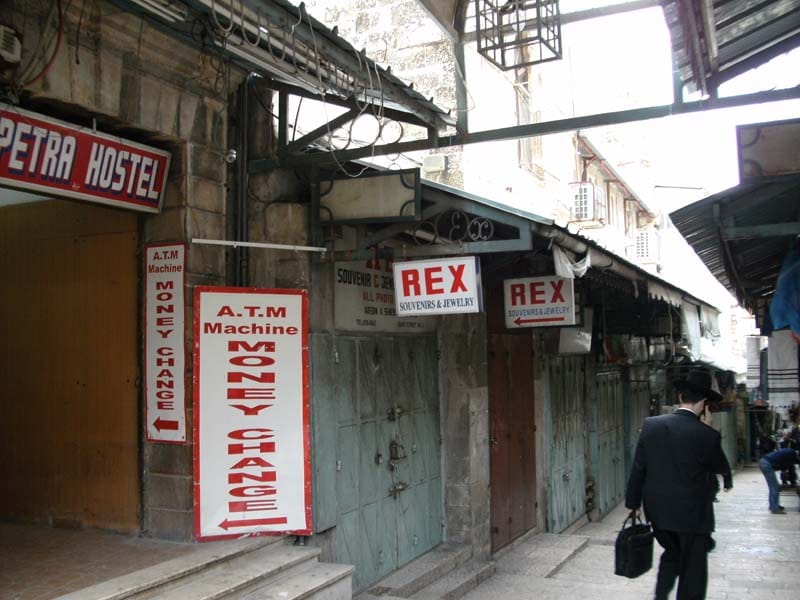 ARRANGEMENTS IN VIEW OF THE HOLY FIRE CEREMONY (2010)

The day of Holy Saturday with the ceremony of the Holy Fire is in the cycle of feasts of the Patriarchate of Jerusalem as one of the holiest, most emotionally moving and consequently, most participated in by numerous pilgrims.

On this day from the early hours of dawn the pilgrims from every direction, eagerly arrive in crowds in front of the gates of the Church of Resurrection, which are closed until 10:30 am (summer time) according to the Status Quo.

In avoiding dangerous congestion or trampling accidents from the crowd, the Israeli Police take strict measures for crowd control which not only makes movement of the people difficult but indeed also for the Patriarchate’s clergymen, even for those responsible for the ceremonial order of the Holy Fire.

The Patriarchate of Jerusalem considering the care of its guests and pilgrims, and taking into serious consideration the complaints made by them and the tourist agents, repeatedly over the past years, including this one, held meetings with the Israeli Police to petition for the free access of pilgrims to the Patriarchate Road, to the Christian Road and to the Convent church of the Brotherhood namely that of Saints Constantine and Helen, and for the removal of Police iron-railing barriers.

The Police replied explaining that if these facilitations were implemented, the lives of pilgrims would be at risk and would deem the descent of His Beatitude to the Church of Resurrection on Holy Saturday for the ceremony of the Holy Fire, as impossible.

From the proposals put forth by the Patriarchate, the Police finally agreed to allow free access into the Patriarchate premises only for those who wear a cassock; Archbishops, fathers, monks and nuns and a limited number of lay pilgrims.

According to the changes recommended by the Police, the lay pilgrims are called upon either individually or as a group with their travel agent to arrive at the Holy Sepulchre by the David’s Gate and from the place known as Darbaga, market of Efthymios or Muristan between the Monastery of Saint John the Forerunner and the Lutheran church. Either they should enter from Damascus Gate via the Main Street of the market and through the small eastern gate of the Courtyard of the Church of Resurrection adjacent to the ‘Metohion’- Department of Gethsemane.

This means that the Police, despite the recommendations of the Patriarchate, will not allow the movement of pilgrims along the Christian Road, the Greek Orthodox Patriarchate Road nor the arrival at the Holy Sepulchre from the Brotherhood’s Convent (the Patriarchate) through the Cathedral Church of Saint James, the first Bishop of Jerusalem.

Fathers and Representatives of the Patriarchate, members of its Arab-speaking flock from the State of Israel and the Palestinian Authority, should arrive to receive the Holy Fire on Holy Saturday, at New Gate at 10am, where they will be received by Mr. Anton Bullata (tel.00972 547602166) and the Police, and from whence they will be escorted to the Courtyard of the Church of Resurrection.

The members of the congregation of Saint James will also gather at New Gate at 10am and be received by the Muhtar (the Community Leader) and the Police. They will be escorted through the Central Monastery (Patriarchate) to their Cathedral church for the Holy Liturgy and the Holy Communion. From the Cathedral of Saint James they will not be permitted to pass into the Courtyard of the Church of Resurrection. The Police also mentioned that those Community Representatives of the Patriarchate and the members of the Cathedral of Saint James who arrive late, after 10am at New Gate, will not be granted access to the Church of Resurrection.

Entry to the Patriarchate and to its Convent Church of Saints Constantine and Helen will not be possible through the Christian Road, but instead via the street situated above that of the Archangels street, the Casa Nova hotel and the Polyclinic.

The Archbishops of sister Orthodox Churches, representatives of Consulates and Embassies of Orthodox States to Israel and to the Palestinian Authority who arrive at the level and in the context of Delegations are asked to arrange beforehand their arrival to the Patriarchate and to the Church of Resurrection by consulting the Police Station of David’s Gate.

The Patriarchate has done whatever possible in appealing to the Israeli Police to facilitate devout pilgrims. The Patriarchate publishes this on its official website, and through the Travel Agencies to inform the pilgrims and make their access easier to the Church of Resurrection and their participation at the ceremony of the Holy Fire on the day of Holy Saturday.