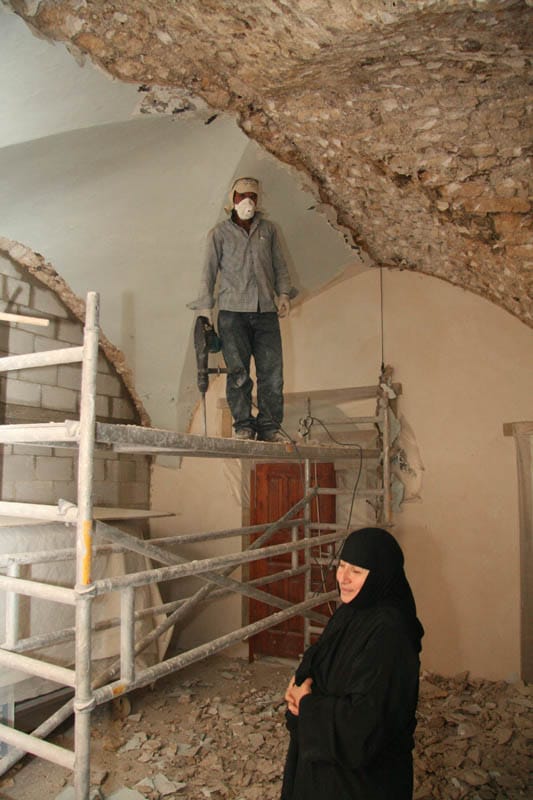 The work of restoration, preservation and renovation of the bakery at this important historical site of the Patriarchate commenced recently. This place was part of the second floor of the Patriarchate of Jerusalem during the 4th century A.D. Due to these works an ancient passage was restored which connects the Patriarchate with the Rotunda of the Church of Resurrection. From this primary period of construction, a part of the Byzantine entrance to the east is preserved along with the staircase leading to the Rotunda, which leads to the area which the Copts presently occupy. Later construction phases, belonging to the 7th, 12th, 16th, and 19th centuries A.D., were identified at this location, with very ornate ceramics and funeral gifts dating from the 12th to the 19th century A.D. found during the excavation works.

The afore-mentioned restoration work and renovation of the bakery of the Patriarchate of Jerusalem began at the beginning of the year 2009 and were completed in May of the same year.  The final cost was 45.000 € (Euros).