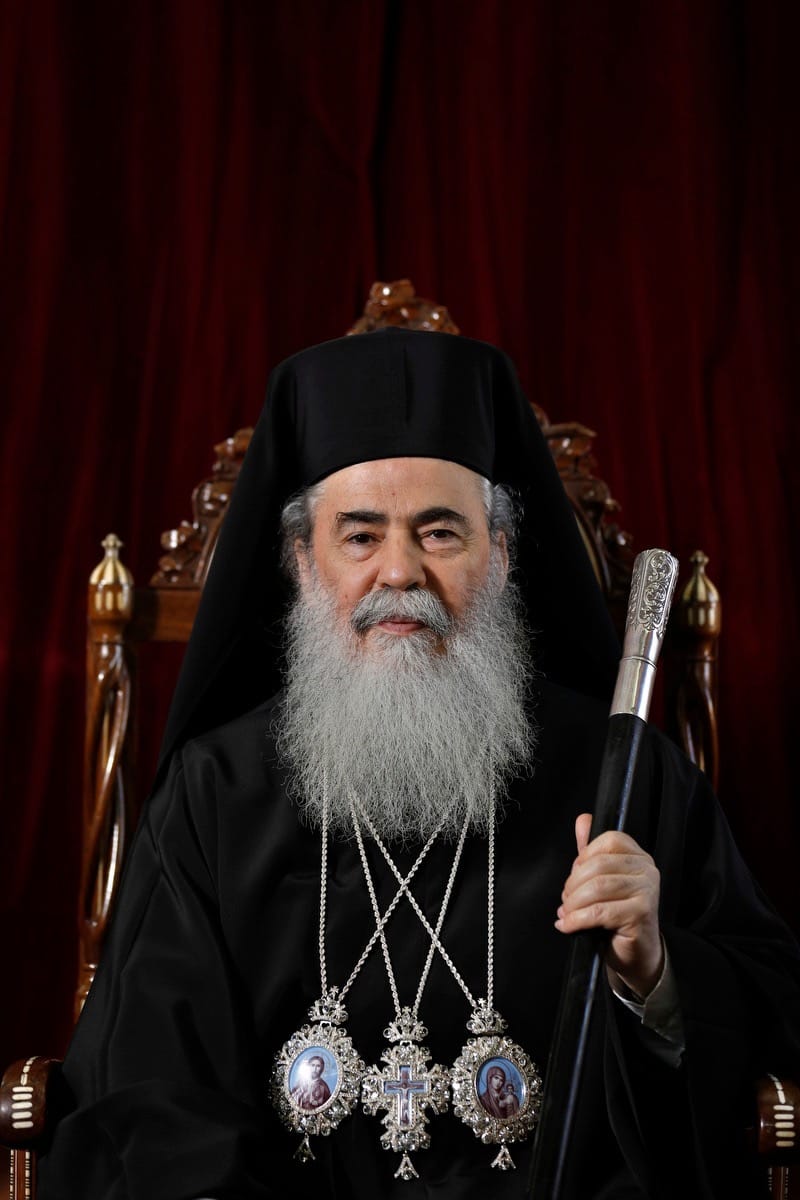 After being received by  representatives of the three churches managing the Church of Nativity, being our Patriarchate of Jerusalem, The Custody of the Holy Land and the Armenian Orthodox Patriarchate, at the entrance to the Church of the Nativity in Bethlehem, President Joseph Biden was accompanied on a short tour to the site of the birth of Christ, where he was awaited by Patriarch Theophilos III, the Custos Father Patton and the Armenian Orthodox Patriarch Norahan Manugian, who took the President of the United States on a tour and exchanged discussion with him in the presence of a number of Palestinian officials.

Patriarch Theophilos III stressed the need for an active American intervention to protect the Christian heritage and presence in the Holy Land, especially in the city of Jerusalem, which is witnessing unprecedented attacks by Israeli radical groups, that conduct their offenses without accountability in order to create an environment that repels Christians from their own city of Jerusalem. His Beatitude also noted attacks on churches, clergy and Christians faithful by members of these groups and their attempts to seize the properties of Jaffa Gate in a case that illustrates the horror and ugliness of the battle waged by these groups against the authentic Christian presence in Jerusalem. He also spoke of restricting freedom of worship against Muslims and Christians, preventing believers from reaching their places of worship freely, giving the example of Israeli police practices this year on the Saturday of Holy Fire in which they prevented worshippers from reaching the Church of the Holy Sepulchre.

The Patriarch of Jerusalem also explained the dangers of Christian migration, especially from Jerusalem, and that maintaining the Christian presence is an important humanitarian and civilization message, adding that protecting the “Status Quo” is a priority for all churches, as it is the case with preserving the Hashemite custodianship over Islamic and Christian holy sites in the Holy Land.

The letter also spoke about the challenges facing Christians and the extent to which things have reached, especially in Jerusalem, where churches are attacked, Christian clergy are insulted, and blocking worshipers from accessing places of worship, and attempts to seize Christian real estate at the main entrance to the Church of the Holy Sepulchre and the historic route of Christian pilgrims at Jaffa Gate and New Gate.

Within the program of official greetings for President Biden, Patriarch Theophilos III, Patriarch of Jerusalem, participated yesterday along with the rest of the patriarchs, church leaders and other clerics at a reception hosted by the President of State of Israel, Isaac Herzog, at his official residence in honor of U.S. President Joseph Biden. Patriarch Theophilos III, stressed at the reception the need to put an end to the practices of Israeli radical groups that aim to erase the mosaic culture of the Holy City and eliminate its religious and cultural diversity, adding that the Christian heritage in Jerusalem is at risk as a result of the practices of these groups.