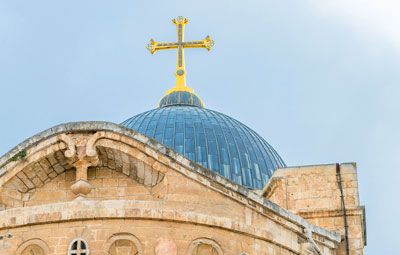 The Orthodox Patriarchate of Jerusalem confirmed that it will support all efforts to realise justice for martyr Sherin Abu Aqleh, said Archbishop Aristarchos of Constantina, General Secretary of the Patriarchate, during a memorial service for Abu Aqleh held at the Roman Catholic Church in Bethlehem.

During the service, Archbishop Aristarchos delivered a speech on behalf of His Beatitude Patriarch Theophilos III, Patriarch of Jerusalem, praising Abu Aqleh for her devotion to the rights of her Nation and to her profession, condemning targeting her while she was performing her duty, and offering condolences to her family.

His Beatitude Patriarch Theophilos III had granted immediate exceptional blessing to bury Abu Aqleh, at the Orthodox cemetery. He also participated in the press conference held at Saint Joseph Hospital regarding the police assault against participants in her funeral.