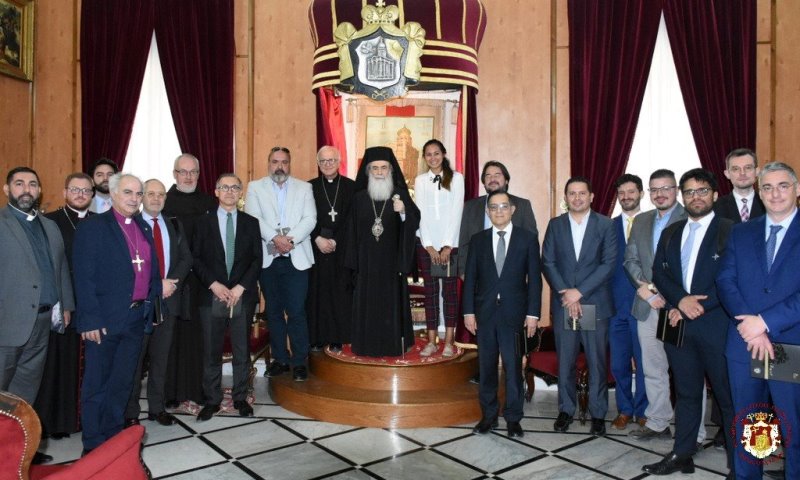 His Beatitude spoke to them about the work of the Churches, having to deal with the challenges which the Christian flocks have recently faced, and asked for their support, to which they committed themselves.

Regarding the question about the hotel “Small Petra”, His Beatitude replied that the court decided that its occupation by extremist elements is illegal, however, it did not decide on their eviction, nor their eviction from other hotels that they have seized.

“Nevertheless,” said His Beatitude, “we are fighting together and with hope for the change of such hidden situations.”