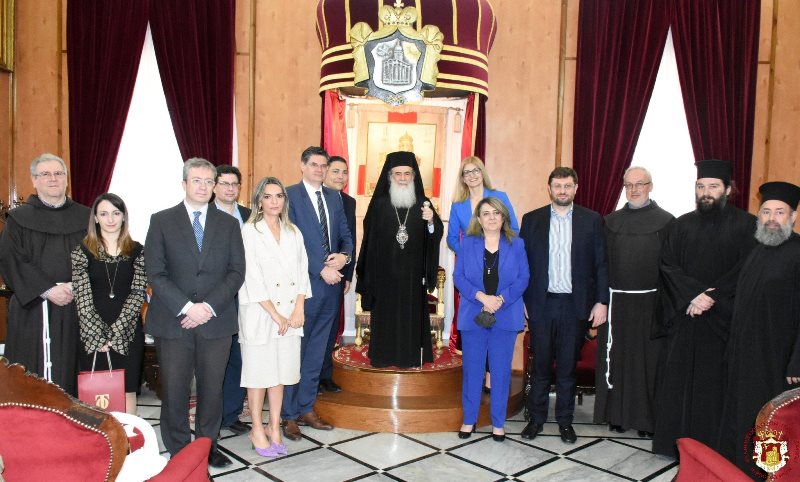 In this meeting, the Parliament members of this delegation asked His Beatitude to inform them of the problems of the Patriarchate and the ways by which they may contribute to their solution.

His Beatitude informed them about the history of the Patriarchate and its land property, the Shrines and the Holy Monasteries of the Old City of Jerusalem and about the pastoral and cultural mission of the Patriarchate, which is mainly pacifying amidst the ongoing political tension in the Holy Land.

The Parliament members also asked and received information about the recent seizure of the ‘little Petra’ hotel by the radical elements who have rented the Jaffa Gate hotels through illegal and obscure contracts.

His Beatitude also referred to the decisive contribution of the President of “SYRIZA” and then Prime Minister of Greece Mr Alexis Tsipras to the Historical Renovation of the Edicule of the Holy Sepulchre.

His Beatitude offered them blessings from Jerusalem and they left to venerate the Holy Sepulchre.