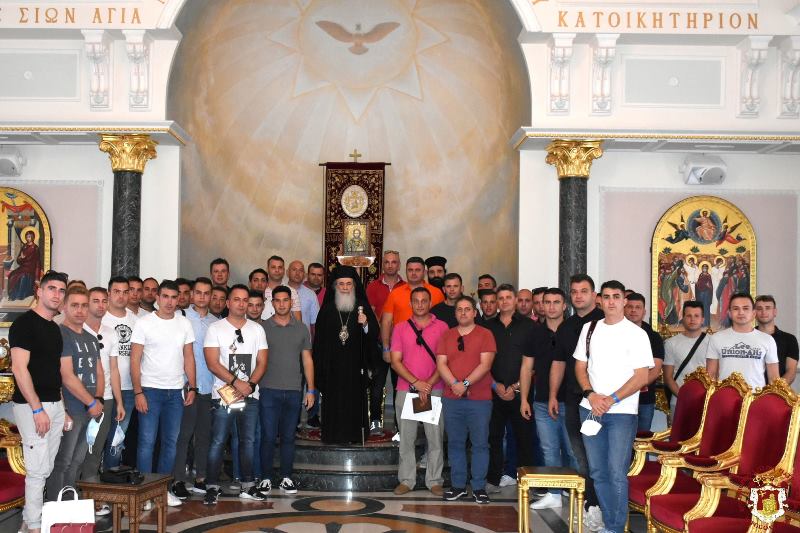 A DELEGATION FROM THE GREEK AIR FORCE VISITS THE PATRIARCHATE

On Friday afternoon, 2/15 October 2021, a 24-member Delegation from the Greek Air Force, visited the Patriarchate, among who were the Colonel Mr George Petrou, the Lieutenant Commander Mr Theodoros Tsiros and the Consul General of Greece in Jerusalem Mr Evangelos Vlioras. The delegation is in Israel for the “Blue Flag” Aviation exercise.

They were received by H.H.B. our Father and Patriarch of Jerusalem Theophilos, Who spoke to them about the mission of Jerusalem Patriarchate and blessed them, wishing the success of their mission for the protection of our country.

Having received His Beatitude’s blessing, the Delegation visited the Church of the Holy Sepulchre for veneration.

MEMBER OF THE EUROPEAN PARLIAMENT MR KEFALOGIANNIS VISITS THE PATRIARCHATE

THE FIRST PILGRIMS IN THE HOLY LAND AFTER THE PANDEMIC