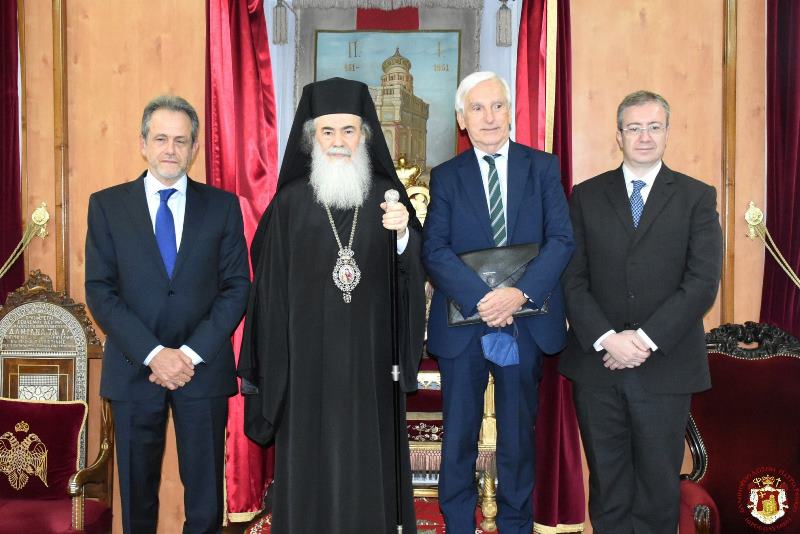 On Thursday 24 September/ 8 October 2021, the General Secretary of the Ministry of Foreign Affairs of Greece Mr Themistoklis Demoiris visited the Patriarchate, accompanied by staff of his office, the Ambassador of Greece to Tel Aviv Mr Kyriakos Loukakis, the Consul General of Greece in Jerusalem Mr Evangelos Vlioras and staff of the Embassy and the Consulate.

His Excellency Mr Themistoklis Demoiris was received by H.H.B. our Father and Patriarch of Jerusalem Theophilos and Hagiotaphite Fathers, Geronda Secretary-General, His Eminence Archbishop Aristarchos of Constantina, Elder Dragoman Archimandrite Mattheos, the Exarch of the Holy Sepulchre in Athens Archimandrite Raphael and Archdeacon Mark.

For this visit, His Beatitude offered Mr Demoiris a copy of the icon of Jerusalem and various blessings to the members of the delegation.