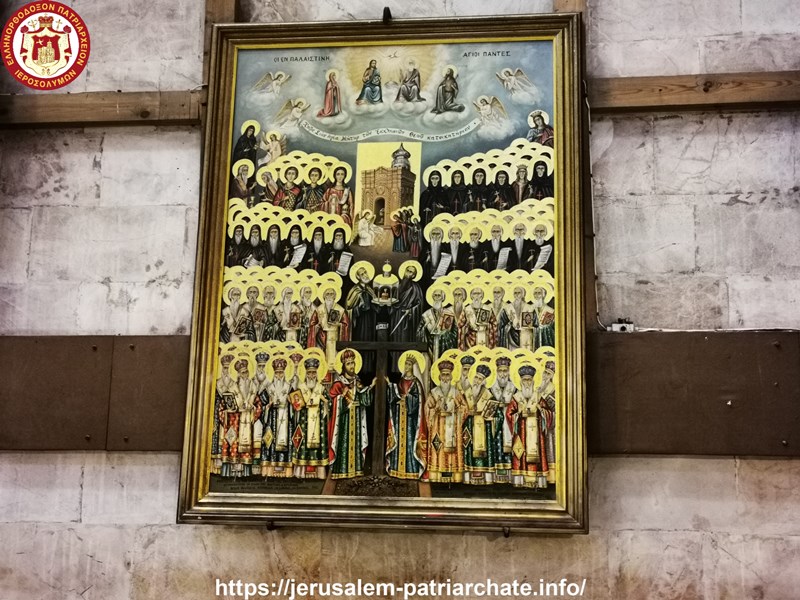 THE FEAST OF ALL SAINTS OF PALESTINE

On Sunday, 21 June/ 4 July 2021, according to the order of the Church of Jerusalem over the last few decades, and according to the Church Service written by the memorable hymnographer Archimandrite Gerasimos Mikrayannitis, the commemoration of all the Saints of Palestine was celebrated by the Patriarchate of Jerusalem. They are the Saints who lived in Palestine, of both the Old and the New Testament, Patriarchs, Prophets, Apostles, Martyrs, Righteous, Confessors, who pleased God.

Their commemoration was celebrated at the Catholicon of the Church of the Holy Sepulchre with Vespers on Saturday afternoon, and the Episcopal Divine Liturgy led by His Eminence Archbishop Theodosios of Sebastia on Sunday morning. Co-celebrants to His Eminence were; Archimandrite Nicodemus, Archimandrite Dionysios, Archdeacon Mark and Hierodeacon Eulogios, at the changing of Mr Vasilios Gotsopoulos and the attendance of Monks, Nuns and laity.