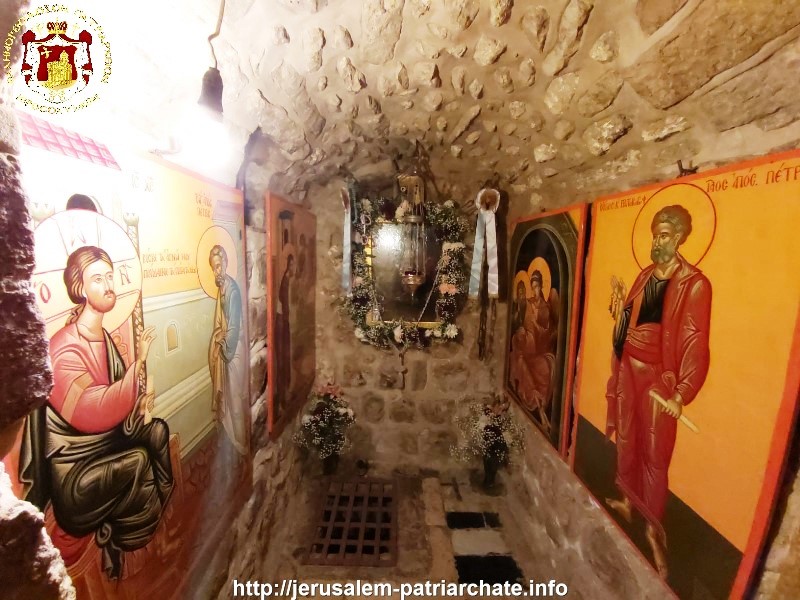 On Friday, 16/29 January 2021, the Patriarchate celebrated the feast of the veneration of the Sacred Chain of the glorious chief of the Apostles Peter.

On this feast, the Church and especially the Church of Jerusalem commemorates the event of Apostle Peter’s imprisonment, according to the Book of Acts (Acts 12:1-19).

The Church recalls that Herod Antipas, who had killed James the brother of Saint John the Evangelist, had also imprisoned Apostle Peter and kept him chained in order to kill him and pay this tribute to the Jews. However, God is wondrous in His Saints, because at night, while Saint Peter was asleep, an Angel of the Lord woke him up, led him outside the prison, and left him there alone, and vanished from his sight. The Apostle realized it was the Lord who freed him and headed towards the house of Mary, the mother of Mark, where prayers were being said for his sake. He knocked on the door and a girl named Rodi recognized him and announced his presence to the faithful who were praying. The event was announced to James the Lord’s brother and Saint Peter departed to a different place to escape Herod’s fury.

This event was celebrated at the Holy Monastery of Saint Nicodemus, the secret disciple of the Lord, which is also known with the name “of the Lentils”, the place of Apostle Peter’s imprisonment.

The feast was celebrated with Vespers in the afternoon and the Divine Liturgy in the morning, led by Archimandrite Meletios, along with the Arab-speaking Priests Nectarios and Hader and Hierodeacon Simeon, at the chanting of Mr Vasilios Gotsopoulos and the Patriarchal School Students. Present at the Service were the Consul General of Greece in Jerusalem Mr Evangelos Vlioras and Members of the Consulate. The Hegoumen Archimandrite Makarios hosted the celebration and welcomed H.H.B. our Father and Patriarch of Jerusalem Theophilos who came for veneration.