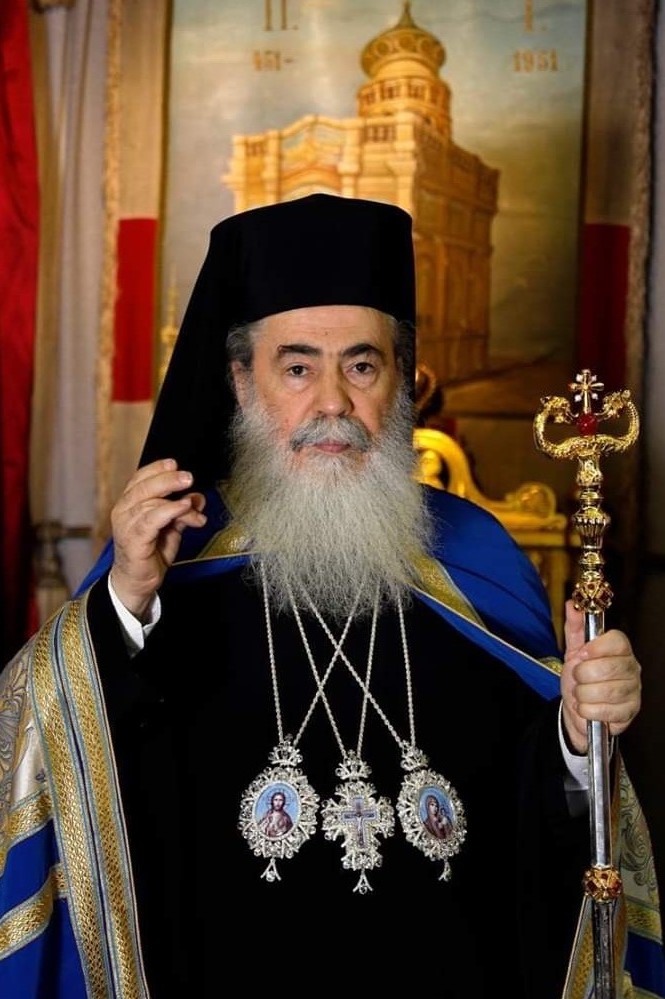 H.B. THEOPHILOS III: CHURCH OF GETHSEMANE ATTACK IS ANOTHER EVIDENCE OF RADICALS TARGETING CHURCHES AND THEIR PROPERTIES

His Beatitude Theophilos III, Patriarch of Jerusalem, condemned today the attempt to burn the Church of Gethsemane in Jerusalem by an Israeli radical. His Beatitude described this attempt as a racist crime that exposes Israeli radical mentality in targeting churches and their properties.

His Beatitude said “this radical act is a crime inspired by an extreme ideology that seeks to drive Christians from the Holy Land.” He added, “I call on the international community to take its role in protecting Christian shrines, and preserving the indigenous Christian presence in the Holy Land.” H.B. also praised efforts of His Majesty King Abdullah II, the Hashemite Custodian of Islamic and Christian Holy Sites in the Holy Land, on local and international levels. H.B pointed out that the crime of attempting to burn the Church of Gethsemane is no less appalling and horrible than the radical organizations’ attempts to control churches properties, especially in Jerusalem’s Jafa Gate.

His Beatitude Patriarch Theophilos III stressed that racism is a horrible enemy of all nations, and that peace, tolerance and coexistence are the ideal gateway for a bright future in the city of Jerusalem, which suffers from hatred, racism and the resulting crimes.