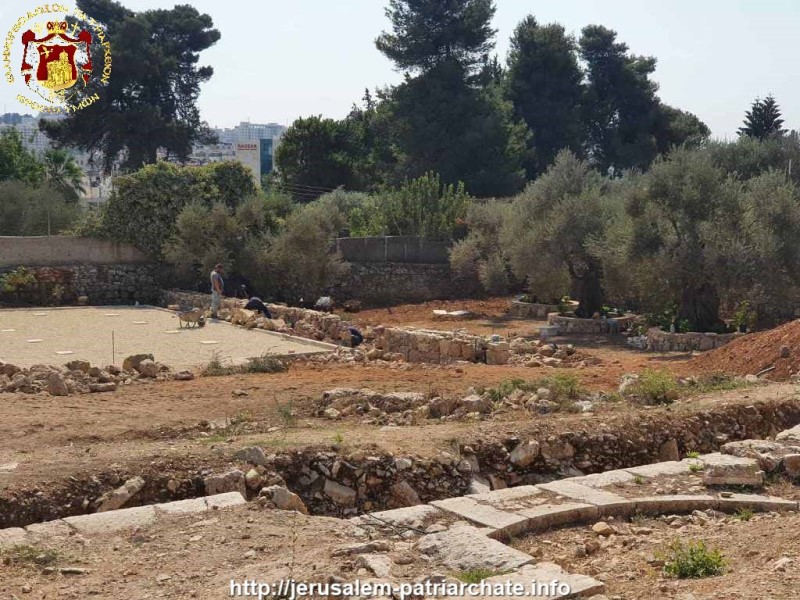 VISIT OF HIS BEATITUDE THE PATRIARCH OF JERUSALEM AT THE RUINS OF THE H. CHURCH OF ST. STEPHEN IN RAMALLAH

On Tuesday morning, September 2/15, His Beatitude our Father and Patriarch of Jerusalem Theophilos visited the Holy Church of the Transfiguration of the Lord in Ramallah, accompanied by His Eminence Archbishop Aristarchos of Constantina and Archdeacon Mark, and were welcomed by the Hegoumen Archimandrite Galaktion and the Caretakers of the Community. His Beatitude inspected the ongoing maintenance and restoration work of the ruined Holy Church of St. Stephen which was built in the early years of Christianity. His Beatitude also observed the ongoing Iskan housing project of the Patriarchate which is to host the Rum Orthodox Arab-speaking Community of Ramallah.