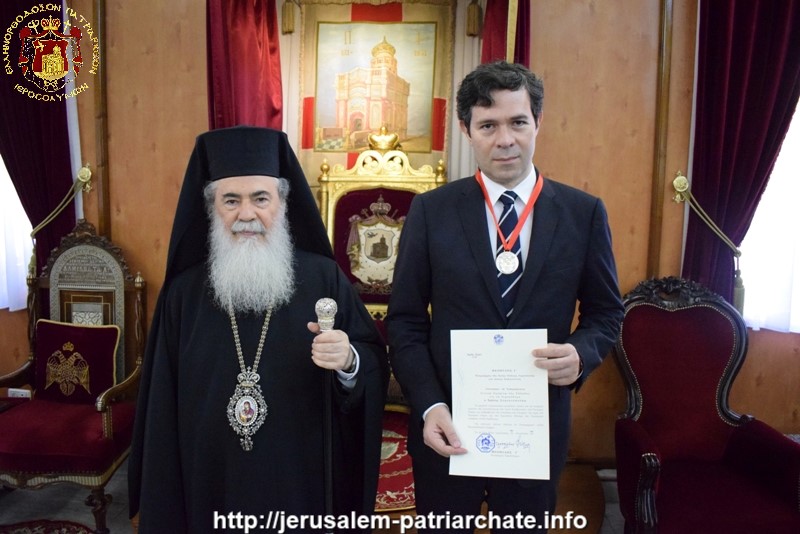 On Monday, August 18/31, 2020, His Beatitude our Father and Patriarch of Jerusalem Theophilos received the Consul General of Greece in Jerusalem, His Excellency Mr. Christos Sophianopoulos on his retirement from his position after four years of service.

On this meeting Mr. Sophianopoulos thanked His Beatitude for His co-operation, the information He provided on matters related to the Patriarchate and Hellenism for the sensitive diplomatic position of the Consul General in Jerusalem, and His support in his work.

Replying, His Beatitude also thanked the Consul General for his wholehearted co-operation for the important and crucial problems of the Patriarchate, regarding the ownership and the privileges of the rights of our nation in the Holy Land, and in recognition of his support, His Beatitude offered Mr. Sophianopoulos a gold medal-souvenir, made on the restoration of the Sacred Edicule of the Holy Sepulchre.

Thanking His Beatitude, Mr. Sophianopoulos reassured that he will continue to remember and support the rights of the Patriarchate even from his position in Greece.