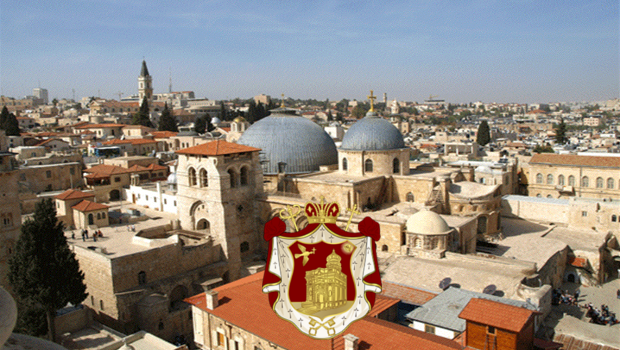 On Tuesday, July 29/August 11, 2020, the Holy Synod of the Patriarchate of Jerusalem, chaired by H.H.B. our Father and Patriarch of Jerusalem Theophilos held a normal Meeting with the additional video conference for the participation of the Synodical Members in Jordan, their Eminences Metropolitan of Diocaesarea Benedict and Archbishop Christophoros of Kyriakoypolis, under the technical supervision of Priest Nikitas.

The Holy and Sacred Synod took into consideration various matters of the Patriarchate regarding its relations with the Brotherly Orthodox Churches and its Arab-speaking flock, the adaptation of the legislation of the Ecclesiastical Courts in fidelity to the legal tradition and in understanding of the modern changes in the lives of the people and;