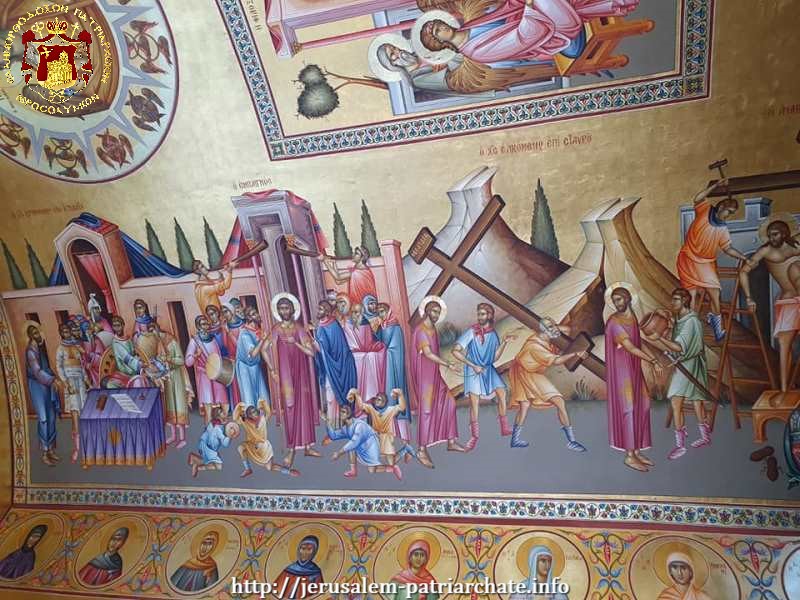 HIS BEATITUDE THE PATRIARCH OF JERUSALEM CELEBRATES THE D. LITURGY AT THE H. MONASTERY OF THE TRANSFIGURATION OF THE LORD ON MOUNT TABOR

On Sunday June 15/29, 2020, His Beatitude our Father and Patriarch of Jerusalem Theophilos officiated the Divine Liturgy at the Holy Monastery of the Transfiguration of the Lord on Mount Tabor, where He read the following Sermon:

Preaching at the synagogues of Galilee (Luke 4:44) and healing the infirmities of the crowds following and asking Him not to depart from them (Luke 4:42), our Lord Jesus Christ said unto them: “I must preach the kingdom of God to other cities also: for therefore am I sent”(Luke 4:43). These words of the Lord are revealing because they denote in all clarity and precision the purpose of the Divine Providence, namely the coming of Christ, the Son of God, into the world.

The ineffable philanthropy of God could not abandon His creature made according to His image and likeness, and leave man in the darkness of ignorance and of sin. Therefore, He sent His Only Begotten Son made man, in order to save man as St. Paul preaches to the Christians: “Let this mind be in you, which was also in Christ Jesus: Who, being in the form of God, thought it not robbery to be equal with God: But made himself of no reputation, and took upon him the form of a servant, and was made in the likeness of men: And being found in fashion as a man, he humbled himself, and became obedient unto death, even the death of the cross”(Phil. 2:5-8).

And Christ “became obedient, even unto the death of the cross”, because St. Paul preaches: “For therein [in Christ] is the righteousness of God revealed from faith to faith”(Romans 1:17). And God’s righteousness is no other than the way and the gate which enter the Kingdom of Heaven, namely to the vision, or rather to the view of the absolute beauty of the glory of God, to Whom all the Angelic forces along with all the Saints cry out loud the hymn, Holy, Holy, Holy is the Lord Sabaoth…hosanna in the highest.

The matter that is of priority is the man’s soul, as the Lord says: “For what is a man profited, if he shall gain the whole world, and lose his own soul? or what shall a man give in exchange for his soul?”(Matt. 16:26).”