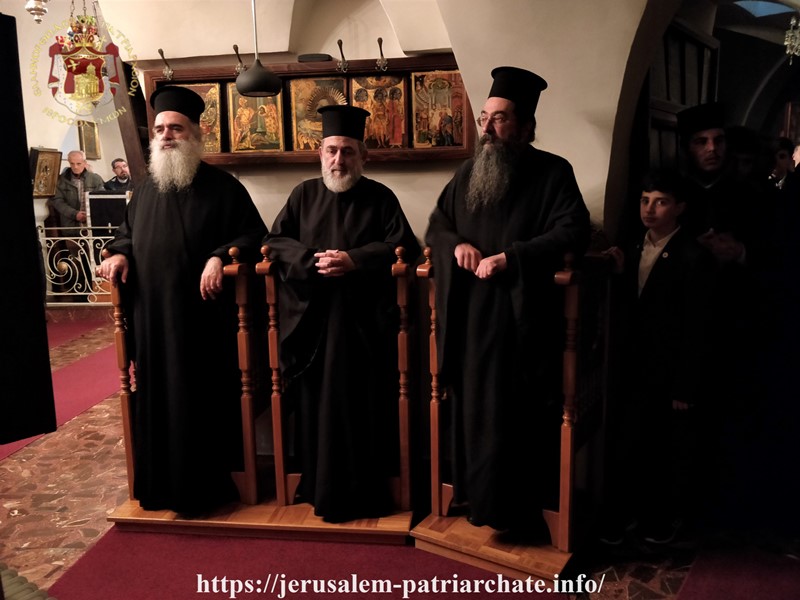 CONTRITE VESPERS AND THE PRAYER OF FORGIVENESS AT THE PATRIARCHATE

At 2.30 pm on Cheese Fare Sunday, February 17/ March 1, 2020, the Contrite Vespers was held at St. James’ Cathedral which lies between the Central Monastery of the Hagiotaphite Brotherhood and the Church of the Holy Sepulchre. The Service was led by His Eminence Archbishop Theodosios of Sebastia with the participation of Rum-Orthodox Arab-speaking members of this parish of the Patriarchate. The Archbishop read for this congregation the prayer of forgiveness at the end of Vespers.

At 5.00 pm of the same day, the Service of the Small Compline was read at the Monastic Church of Saints Constantine and Helen and at the end the prayer of forgiveness was read by H.H.B. our Father and Patriarch of Jerusalem Theophilos for the Archbishops, Priests, Deacons, Monks and Nuns of the Brotherhood and for the pilgrims.

After the prayer, the osculation of forgiveness followed, as a preparation for the entrance of the Great Lent.