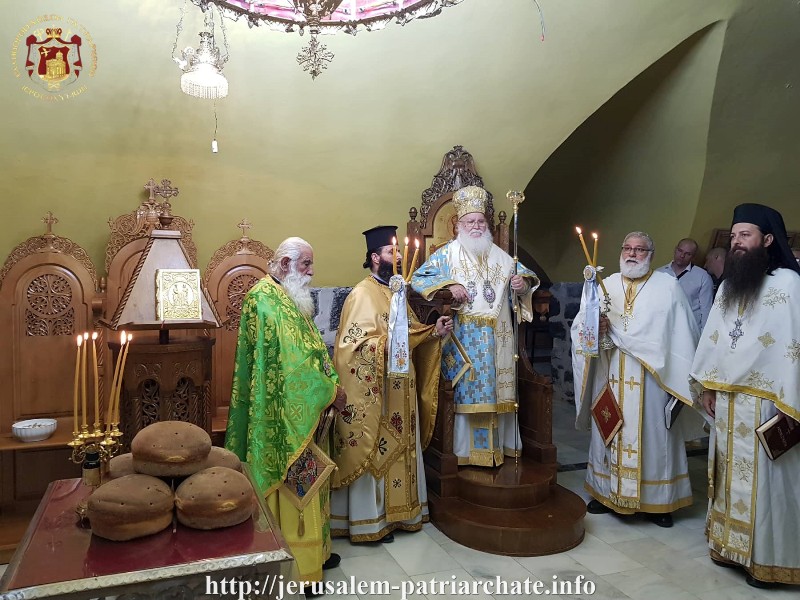 On Saturday, June 30/ July 13, 2019, the Patriarchate celebrated the Feast of the Synaxis (Gathering) of the Holy Apostles at their Holy Monastery in Tiberias, which is located at the centre of the Israeli town of Tiberias, on the north-west side of the Tiberias sea.

On this Feast the Church holds the Synaxis, the gathering, in order to honour and praise the Twelve Apostles, who were called by the Lord, they accepted the calling, followed Him and after Pentecost preached His Cross and Resurrection. Through them the Lord who loves men “drew the world into His net”.

For this feast the Divine Liturgy was celebrated in the morning, led by the Most Reverend Metropolitan Kyriakos of Nazareth, with co-celebrant Hagiotaphite Hieromonks of the area and Arab-speaking Priests, with first in rank Archimandrite Chrysostom Hegoumen of Cana, while the chanting was delivered by the choir which was led by the Patriarchal Representative in Acre Archimandrite Philotheos. The Service was attended by Orthodox faithful, pilgrims, and members of the Galilee Communities.